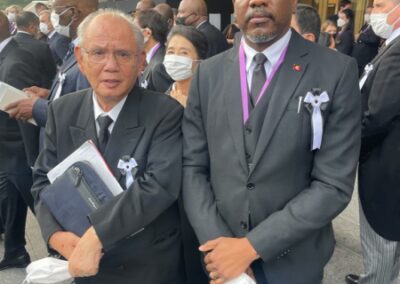 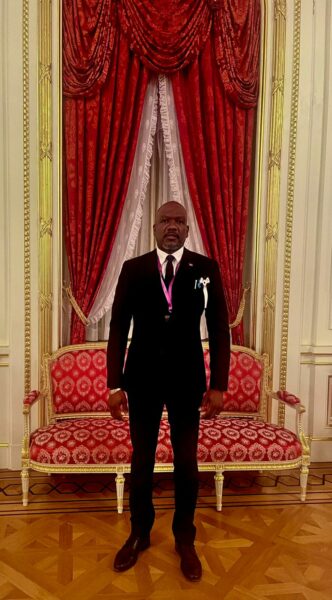 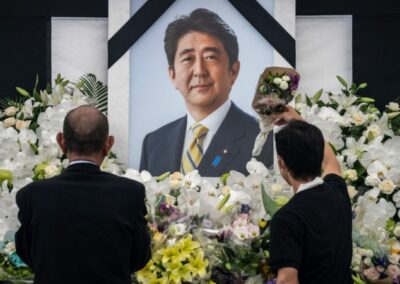 Abe, Japan’s longest-serving prime minister, was shot dead during a campaign speech in Nara in July, stunning a nation where gun violence is extremely rare.

Minister Matthew represented the government and people of Antigua and Barbuda at the funeral attended by more than 4,300 guests at the Nippon Budokan Arena in Tokyo, including foreign dignitaries such as US Vice President Kamala Harris, Indian Prime Minister Narendra Modi, and Australian Prime Minister Anthony Albanese.

Minister Matthew, who was accompanied to the funeral by Antigua and Barbuda’s Honorary Consul in Japan, Hiroshi Sato paid his respects to the widow of the late politician, Akie Abe, and also conveyed the condolences of Prime Minister the Hon. Gaston Browne to Prime Minister Fumio Kishida of Japan.

In expressing condolences in an official message to the government of Japan in July, Prime Minister Browne stated that the Government and the People of Japan have been very kind to the people of Antigua and Barbuda.  Minister Matthew said that he was pleased to show Antigua and Barbuda’s respects at the State Funeral.

Japan and Antigua and Barbuda have had very strong bilateral relations for over forty years since independence.  Japan has helped to build capacity in several areas including the construction ofthe fish landing and distribution facilities throughout Antigua and Barbuda.

Abe’s ashes were carried into the venue, where the government played a video tribute honoring his life and career.

Other government figures including former Prime Minister Yoshihide Suga – who was Abe’s right-hand man for many years – also gave remarks, before attendees laid flower offerings and bowed in turn.

Other ceremonial rites on the program include an honor guard, gun salute, and musical performances, before a government reception for visiting foreign dignitaries.

Police ramped up security for the event, with public broadcaster NHK reporting that about 20,000 police officers were deployed to keep the peace. But altercations broke out anyway between police and demonstrators outside the funeral venue.