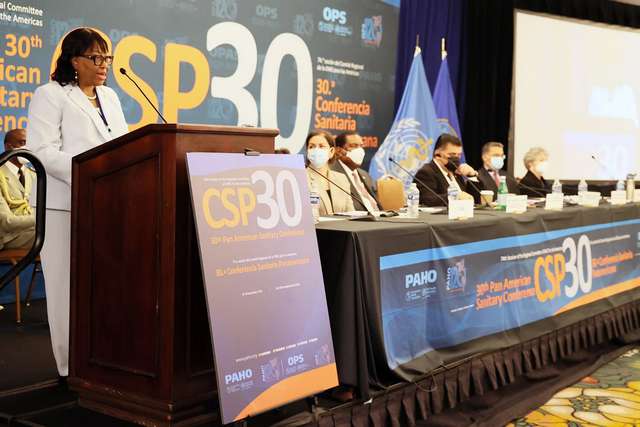 As ministers of Health from countries and territories of the Americas gather for the Pan American Health Organization (PAHO) 30th Pan American Sanitary Conference from September 26-30, the election of a new PAHO director will be a highlight of the meeting.

The new director will replace Dominica’s Dr. Carissa Etienne during an election on Wednesday, September 28.

Haiti’s former acting prime minister and former minister of public health and population, Dr. Florence Duperval Guillaume has been named as a candidate for the position.

The other five candidates are coming from Colombia, Panama, Mexico, Brazil, and Uruguay.

The election will be done by secret ballot and the candidate who receives the majority of the votes from member states will be elected PAHO said.

By its constitution, the director will serve a five-year term beginning February 1, 2023, and end on January 31, 2028, and may be reelected once.

The candidate’s curriculum vitae has already been sent to PAHO member states and associate members.

Dr. Etienne began her first term as PAHO director on 1 February 2018 and was reelected in 2017.

PAHO is an international public health agency working to improve the health and living standards of the people of the Americas and is part of the United Nations system, serving as the Regional Office for the Americas of the World Health Organization and as the health organization of the Inter-American System.

This year, PAHO marks its 120th anniversary of active work in promoting health and well-being throughout the region.