Shakira to face trial in Spain for an alleged $14.5 million tax fraud 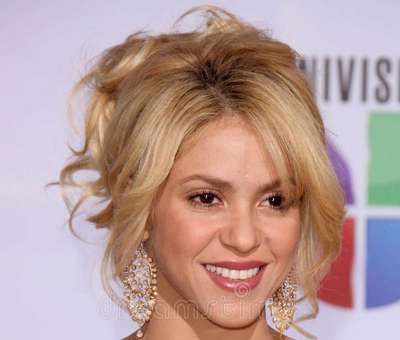 Colombian pop singer Shakira must go on trial for tax fraud in Spain, a judge ordered on Tuesday.

The decision comes after the mother-of-two confirmed she had rejected an out-of-court settlement thought to have involved her admitting wrongdoing after she was accused of defrauding the Spanish treasury over a three-year period.

Shakira will face six counts of tax fraud, according to the court in Esplugues de Llobregat, a city close to Barcelona.

The trial’s start date has not yet been determined.

The artist was accused in 2018 by Spanish prosecutors of failing to pay $14.5 million in taxes on income generated between 2012 and 2014.

If she is found guilty of tax evasion, prosecutors are seeking an eight-year prison sentence and pay a hefty fine in addition.

However, the 45-year-old singer has consistently denied any misconduct and insists she had been dealing transparently with the country’s revenue service.

Although Shakira does not agree that she owes taxes to the nation, she paid the tax office $17.2 million—including interest—and is free of any debts to Spain according to her representatives, reports Forbes.

The accusations against the singer

Shakira’s residence from 2012 to 2014 is key to the case. Even though her official residency was in the Bahamas, Barcelona prosecutors claim that the Grammy winner spent more than half of that period in Spain and should have paid taxes in the country.

However, Shakira contends that she did not spend the required 183 days in Spain—the requirement to be deemed a tax resident—and that she had a legal residency in the Bahamas at the time.

“I didn’t spend 183 days per year at that time at all,” Shakira said in an interview with Elle last week, “I was busy fulfilling my professional commitments around the world.”

Shakira, whose real name is Shakira Isabel Mebarak Ripoll, has been associated with Spain ever since she began dating soccer player Gerard Pique.

The couple, who have two kids, were living together in Barcelona but recently ended their 11-year relationship.

Shakira’s spokesperson said: “Shakira has always cooperated and abided by the law, demonstrating impeccable conduct as an individual and a taxpayer, and faithfully following the counsel of PriceWaterhouse Coopers, a prestigious and globally recognized tax firm.

“Unfortunately, the Spanish Tax Office, which loses one out of every two lawsuits with its taxpayers, continues to violate her rights and pursue yet another baseless case.”

Shakira also pointed out how Spain had gone after other celebrities in the nation, like Cristiano Ronaldo, who pleaded guilty to tax fraud there in 2019, and said, “It’s just their style.”