Barbudans sign up to buy land ahead of the land registry 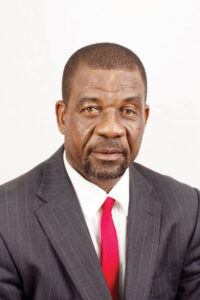 The Barbuda Council said less than ten Barbudans have shown interest in the Gaston Browne administration’s offer of buying the plot of land on the Sister Isle, the former MP for Barbuda Arthur Nibbs said over 150 persons have signed up for the offer.

During a radio interview on Wednesday, Nibbs said the minister for Technology and Information, Melford Nicholas will be visiting Barbuda next week to set up the land registry there.

He said there are about 150 to 200 persons who have already indicated to the government that they will accept the offer.

“You just wait till the first 100 of us get our title deed and that issue will be over. This is part of my legacy”, Nibbs added when asked whether he was a part of the 100-plus individuals accepting the offer.

“As the representative then I knew that it would have impacted the way that they would have packaged it and say you want to sell off the land. But I want to be a part of the leadership that has brought real tangible ownership to Barbudans to the land, and that is what the certificate of title will bring”, the former MP added.

He continued, “that might have well caused me to lose but I feel better knowing that I’ve been the representative that has brought real ownership and empowerment to individual Barbudans when it comes to that land”.

Meanwhile, Nibbs does not believe that this move by the Antigua Barbuda Labor party ABLP, the administration will be a deciding factor in the impending general election.

Prime Minister Browne maintains that this is one of his government’s ways of empowering the Barbudans.

But the current Member of Parliament for the sister isle, Trevor Walker views this land selling issue as the government’s way of “trying to steal Barbuda land”.

Only persons born and living in Barbuda can benefit from the $1 plot offers.