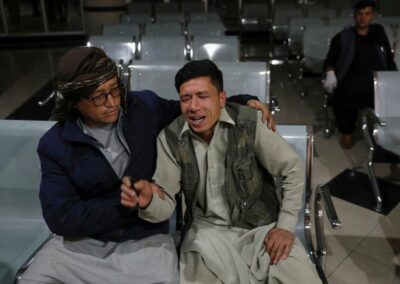 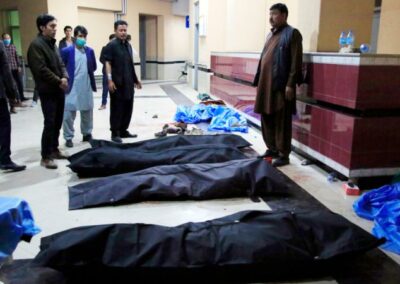 For five consecutive years, Afghanistan has maintained the top spot as the world’s most dangerous country. It does not look like a nation willing to drop to the second spot after the latest incident that shocked the world on Friday.

As early as 7:30 a.m., an unknown suicide bomber attacked an education center in Kabul, killing himself and at least 23 others. At least 36 others sustained injuries and are currently receiving treatment.  The death toll could be a little higher as other sources claim that the figure could be above 30. Most of the victims were said to be young women.

Khalid Zadran, the spokesperson of the Kabul Police, said the students were practicing for a university entrance exam at the Kaaj educational center when the blast occurred. The incident happened in a neighborhood dominated by the Hazara people, a minority ethnic group that has been oppressed for years.

A 20-year-old student, who withheld her name, said she survived the incident because she was late for class. She said she was about 20 steps away from the gate when the explosion threw her to the ground.

“When I got inside, I saw many of my classmates in blood. I found out that the explosion had happened inside my classroom,” she tearily told CNN.

“I was in a state of shock. I was just screaming my friends’ names and searching for them. I found some of them alive, but not my closest friend, who was 19, and the most intelligent girl in our class,” she added.

“It is horrible, I am still in shock, it feels like a nightmare. It killed many of my dearest friends and classmates,” she said.

Ghulm Sadiq, a resident of the area, said he was at home when he heard the blast, and on coming outside, he saw smoke rising from the school. He said he and the neighbors rushed to help.

“My friends and I were able to move around 15 wounded and nine dead bodies from the explosion site,” Sadiq said. “Other bodies were lying under chairs and tables inside the classroom.”

The Taliban vows to punish the perpetrators

The spokesperson of the Taliban, Zabiullah Mujahid, in a tweet condemned the blast and commiserated with the families of the victims.

“The Islamic Emirate of Afghanistan considers today’s attack on an educational center (Pine Course) in the 13th district of Kabul to be a great horror and strongly condemns it,” Zabiullah tweeted on Friday.

He added that the Taliban would take necessary measures to ensure that the perpetrators of the crime are punished.

The world reacts to a “sheer barbarism”

World leaders were quick to react to the latest of the numerous suicide bombing that happened on Friday.

“Deeply grieved at the loss of young lives in a horrific suicide attack at a learning center in Kabul. Words can’t express this sheer barbarism. We send our deepest condolences & most sincere sympathies to the bereaved families & people of Afghanistan,” Sharif said.

Unicef tweeted: “Violence in or around education establishments is never acceptable.  Such places must be havens of peace where children can learn, be with friends, and feel safe as they build skills for their futures,” adding that, children and adolescents are not, and must never be, the target of violence.”

Other countries, international organizations, and world leaders also joined in condemning the attack, with the UN urging the Taliban to do more in protecting the lives of its citizens.

This year alone, Afghanistan has experienced at least 20 major acts of terrorism, of which many are bomb blasts or suicide bombings. Earlier this month, a suicide bomber killed six people near the Russian embassy. Last month, there was also a bomb blast at a mosque that killed 21 people.