12-year-old kills himself in Jamaica 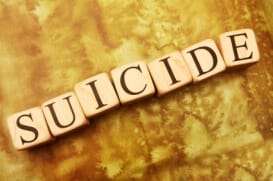 The lifeless body of 12-year-old Laron Jurik who was found hanging from a tree in his backyard in the community of Broughton district is being investigated as a suspected suicide by police in Westmoreland Jamaica.

According to his mother Candean Palmer, on Monday Jurik was “unruly” towards one of his cousins, so he was scolded and told to go to his cousin’s house to apologize.

She said hours later he had not returned home and checks with his cousin revealed that he had never visited the house.

The mother said her son never came home that night prompting her to fill a missing person report.

Early Tuesday morning while making her way to catch water she discovered her son’s body hanging from an apple tree in the back of their yard.

The shocked mother then raised the alarm and the police were called to the scene which has since been processed.