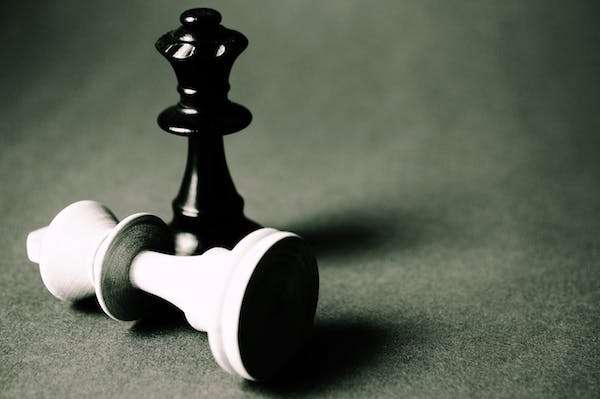 A row that has been simmering for several weeks over whether a rookie chess player cheated in a shock victory over the long-time World Champion, has taken another turn, with accusations that the young man at the centre of the controversy, has cheated more than 100 times in past matches.

American Hans Niemann, just nineteen years old, pulled of a remarkable win last month in the Sinquefield Cup, when defeating the current best in the world, Magnus Carlsen from Norway, who is in some quarters, considered to be the greatest player ever to play the game.

The scandal began shortly after the conclusion of the match when the Norwegian made some veiled comments suggesting possible cheating by the youngster had taken place, before opening up fully a week or so later, and actually making a formal accusation.

Now a 72-page investigative report has stated that although no firm evidence can be found with regards to the match in question, it does indicate the likelihood that Niemann has cheated “much more often” than he has ever acknowledged. The significance of that comment is that the American has indeed admitted cheating in informal games, but only when he was much younger, on two occasions to be precise, once aged 12 and again when he was 16. He vigorously denies doing so in any competitive game.

The website: Chess.com, which most of the world’s top players compete on, including many matches played for substantial cash prizes, has banned Niemann for his alleged cheating. They claim they believe it is likely that he cheated in a contest as recently as 2020, and his deceitful play took place in events played for large sums of money, against highly-rated and “well known” figures in the game.

They also reiterated that certain aspects of his gameplay was in their words “suspicious”. They pointed out that when analysing Neimann’s moves, the found they were comparable with those suggested by highly sophisticated chess computers, which are far superior to even the very best of players; even Carlsen.

In a statement released by a clearly aggravated Carlsen, he has suggested that Niemann almost certainly had to have cheated in their game, played in Missouri in September. He said that his opponents actions were not those of a player fully concentrating, yet he was still able to use pieces in a way only a handful of players could possibly do, and done without showing any signs of tension, almost as if he knew he would go on to win.

Chess.com denied it had been pressured to expel the young American by the multiple champion of the sport, who has completely dominated chess for more than a decade.

In his own defence, the 19-year-old has accused both Carlsen and Chess.com of trying to ruin his blossoming career before it has had chance to really begin. When the negative assertions were made public, Niemann issued a strenuous denial, saying he was willing to play naked to prove he was not concealing any sort of electronic devices that could allow him to cheat in any way.

He was adamant that he is an honest player, saying: “I don’t care, because I know I am clean, so if you want me to play in a closed box with zero electronic transmission, then lets do it.”

In  the match itself, which Carlsen was expected to win in relative comfort, things started to go wrong for the Norwegian, who was unbeaten in 53 games going into the contest, pretty much from the off. Neimann was the lowest-ranked player in the tournament, yet he seemed undaunted and immediately nullified any advantage his experienced opponent should have gained from having the first move, and he gradually took over the game.

Facing a difficult defence in the endgame, Carlsen began to falter and show signs of agitation. He soon after resigned, when realising he had been backed into a hopeless position. Shortly afterwards the clearly rattled World Champion withdrew from the tournament without explanation, despite there being another six rounds left, which was a remarkable turn of events in top level of chess.

His only comment was in a tweet which he posted sometime later, merely saying: “If I speak I am in big trouble.” The message was widely seen as raising suspicions of cheating.

Support for teen at centre of controversy

Some have expressed sympathy for the besmirched teenager, offering supportive words of encouragement. Professor  Kenneth Regan, widely regarded as the world’s leading expert on cheating in chess, found no evidence to back up the damning claims.

The Professor was himself a former player before becoming an academic. He has been called upon previously to offer expert analysis and has successfully disproved accusations of cheating on those occasions by demonstrating the normality of forced moves. He has looked at Niemann’s games over the last two years, including online games, such as those played on Chess.com, and his conclusion is there is no reason whatsoever to suspect him of any form of cheating.

Nigel Short, the only British player to compete in the final of the world championships, was also sceptical. He said: “I think in the absence of any evidence, this is death by innuendo.” He felt it perhaps was more a reflection on the pressure that has built up over time on Carlsen, with him holding the number one spot for so long. He suggested that maybe the Norwegian had “taken his eye off the ball” to some extent, and had allowed his game to slip.

Cheating is nothing new in chess

The concept of cheating is certainly nothing new in chess. Back in the late seventies, challenger Viktor Korchnoi’s entourage accused the then champion Anatoly Karpov’s team of cheating by sending their player a blueberry yoghurt, of all things. To there mind, this was some sort of signal to make a specific move. The match was played out in an extraordinary atmosphere of hostility and paranoia, unlike anything seen before.

Fast forward forty odd years and the introduction of the smartphone has taken the opportunities to cheat to a new level all together. By inputting games into an app, a computer can rapidly calculate near-perfect moves. For that reason phones are banned from tables, but uncertainty and mistrust is now prevalent.

If ever the old adage of there being no such thing as bad publicity rang true, here is the perfect example. Chess is very much an aquired taste, but there will undoubtedly be many more following the developments of this case and maybe watching with a little more interest, whenever these two are involved in tournament play at future events, especially if pitched against each other.