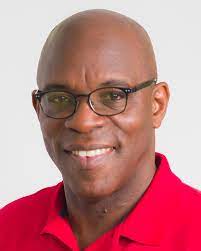 Stanely Felix, the President of the Saint Lucia Senate, has been charged as the police in Castries continue to investigate a murder case there. Felix, according to reports from St Lucia, will re-appear in court on November 16.

He was granted EC$15,000 bail on a charge of perverting the course of justice after he was arrested by police on Thursday.

As part of the condition for bail, Felix, an attorney, is to report to the police every first Saturday as well as surrender his travel documents. He must not leave the country without permission.

It is alleged that Felix attempted to induce Kyle Alexander aka Kyle Daniel to withhold evidence of the occurrence of murder, which tended to pervert the course of justice.

St Lucia’s Prime Minister Phillip J Pierre advised the Governor General to revoke Felix’s appointment and relieve him of his Senatorial duties in the Upper House of Parliament. His successor will be announced at a subsequent time.

St Lucia’s main opposition United Workers Party (UWP) who called for the removal of Felix as President of the Senate said it viewed the development “as another dark day in the history of St. Lucia when the country is already battered by an increase in serious crime, particularly robberies and gun-related homicides. The United Workers Party further urges Prime Minister Philip J Pierre to rid his government of any unsavory characters and criminal elements within his Cabinet in the interest of this country,” the party said.