Over 700 lbs of cocaine seized in the Caribbean Sea 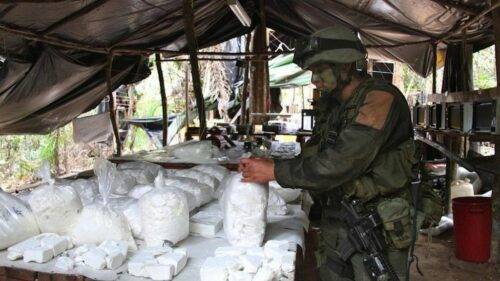 Over 700 pounds of cocaine was seized by the US Coast Guard on a vessel intercepted in the Caribbean Sea, apprehending four men in the process.

Lawmen apprehended four men in the process when the vessel was intercepted by the Coast Guard Cutter Winslow Griesser and in the process, Caribbean Corridor Strike Force agents had offloaded 721pounds of cocaine in San Juan, Puerto Rico.

The Coast Guard said over the weekend that the interdiction took place in the Mona Passage, near Puerto Rico.

The four men in question, who claimed to be Dominican Republic nationals are facing federal prosecution in Puerto Rico for conspiracy to possess with intent to distribute a controlled substance aboard a vessel subject to the jurisdiction of the United States.

An additional charge of assaulting Federal Officers with a deadly weapon carries a maximum sentence of 20 years imprisonment, the US Coast Guard said.

Lieutenant Commander Mark Tatara, the commanding officer of the cutter Winslow Griesser said “I cannot be prouder of the Winslow Griesser crew, especially our small boat crew, whose skill and professionalism were instrumental in stopping this drug smuggling go-fast vessel. We appreciate our Customs and Border Protection and our Coast Guard watch standers who worked seamlessly to ensure a successful outcome in this case that helped keep these drugs from reaching the shores of Puerto Rico and bring those responsible to justice,”

In September alone, the U.S. Coast Guard recovered almost 30,000 pounds of cocaine and marijuana, valued at more than $475 million, after seizing the drugs in the Caribbean Sea and Eastern Pacific Ocean