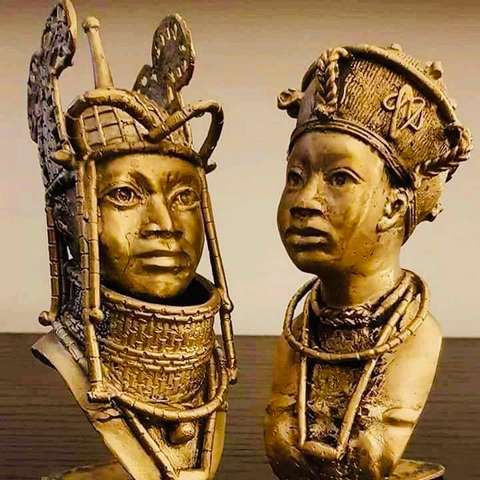 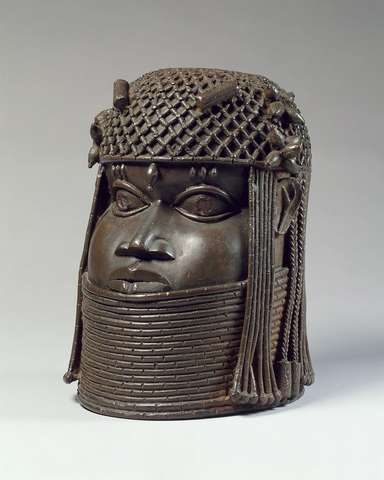 The people of Benin Kingdom in modern-day Nigeria might have forgiven the colonialists for the atrocities committed against them in the 18th century. However, they are yet to forget that their bronzes and artifacts stolen by the British invaders are spread across different countries to date.

“Today, we address a historic injustice by returning the Benin Bronzes, magnificent examples of Benin’s culture and history,” Lonnie Bunch, founding director of the Smithsonian National Museum of African American History and Culture, wrote on Twitter. “Through this repatriation, we acknowledge a legacy of cultural theft and do our part to return African culture to Africans.”

Among the twenty-nine precious items returned was the Head of an Oba or King, which was held at the Rhode Island School of Design Museum (RISD). The sculpture is valued at about $500,000 today.

“In 1897 the ‘Head of an Oba’ was stolen from the Royal Palace of Oba Ovonranwmen,” Sarah Ganz Blythe, director of the museum said on Tuesday.

Ms. Blythe added the RISD Museum collaborated with the Nigerian Commission for Museums and Monuments to repatriate the sculpture to the people of Nigeria “where it belongs.”

The United States is not the actual looter of the Benin sculptures. The British are. However, the British government has refused to return these important items to their original owner.

The Nigerian minister for culture, Lai Mohammed, commended the Smithsonian Institution for returning the hand-made beauties to their original owners. He, however, called on the British government to follow its example by returning the properties of the Benin people still in its custody.

“They should learn from what has happened today and what happened in Germany,” Mohammed said, adding that the British government is using its laws as a shield not to return the loot.

“This is not about law; this is about ethics.

“I told them the last time I was in London: it’s not if, it’s when. They will eventually have to return these because the campaign is gaining strength by the day and, when they look at what other museums are doing, they will be compelled to return them,” Mr. Mohammed added.

Invasion 1897, how the British destroyed a wonder and stole its wealth

The Benin people are unarguably among the most intelligent people on earth in the pre-mechanical era. With their hands, they made what was four times bigger than the great walls of China, which is one of the 7 wonders of the world. The great walls of Benin hold the Guinness world record for the largest earthworks before the mechanical era. “The longest earthworks in the world carried out prior to the mechanical era are the Ancient Linear Earthworks of Benin and Ishan, located in Edo State in present-day Nigeria,” the Guinness World Record says.

In 1897, after experiencing some sort of resistance from the Benin Kingdom, the British forced their way into the kingdom, killing thousands and destroying what many refer to as “one of Africa’s ancient architectural marvels.” The Benin soldiers could do very little because of the superior firepower of the British. No exact figure can be given for the number of Benin’s population who were killed in the conquest of the city.

The Benin Kingdom was the last African kingdom conquered by the colonialists.

Upon the bloody and devastating occupation of the Benin Kingdom, the British soldiers took all the wealth belonging to the Bening people.

The British Museum said: “Along with other monuments and palaces, the Benin Royal Palace was burned and partly destroyed. Its shrines and associated compounds were looted by British forces, and thousands of objects of ceremonial and ritual value were taken to the UK as official ‘spoils of war’ or distributed among members of the expedition according to their rank.”

Describing the looted items, the British Museum said they “include elaborately decorated cast plaques, commemorative heads, animal and human figures, items of royal regalia, and personal ornaments.” The artifacts of high value were made by “specialist guilds” working in the king’s palace.

Despite calls by the Benin Kingdom to return the stolen wealth, the British museum would rather prefer to collaborate with the kingdom.

“The museum is committed to active engagement with Nigerian institutions concerning the Benin Bronzes, including pursuing and supporting new initiatives developed in collaboration with Nigerian partners and colleagues,” the British museum said.

Why the Benin Bronzes are so important

To the Benin people, the bronzes represent their culture, history, and tradition.

“These are not just objects of beauty that have aesthetics. These are artifacts that speak to who we are and that speaks to our history, our religion, our values, and ethics,” Lai Mohammed said.

“Returning them back home, especially for those who don’t understand or who are divorced from our cultural background, will serve many purposes. One, it will teach and educate; two, it will revive certain parts of our customs and tradition that have been long forgotten,” Mohammed added.

Although the Benin Kingdom houses some of these bronzes, the most significant collections are held in Europe and America. The calls to return the wealth remain unheard by the majority of holders. The Benin people hope that someday, they will get what truly belongs to them.