Haitians were prevented from entering the Dominican Republic 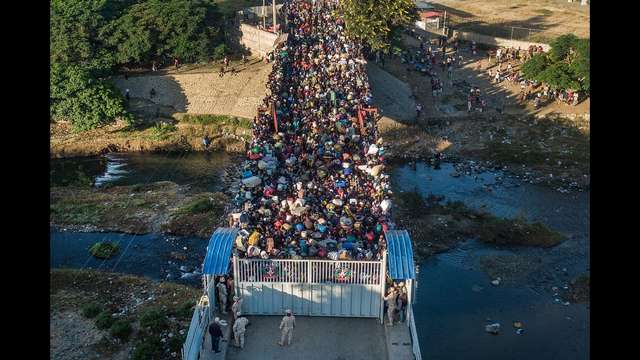 As if the troubles of Haiti are just not going away. The latest news is that these destitute people are not being allowed into its neighboring island the Dominican Republic.

“We would close and block the border. … It’s very dangerous for the integrity of the Dominican Republic to receive asylum seekers in the country,” Dominican President Luis Abinader said in a press conference.

While the decision was a tough one to take considering the desperate need for help, Abinader said his government must guarantee border security.
On Sunday, Abinader announced the country’s biggest purchase of military gear since 1961 – six helicopters, ten aircraft, 21 armored vehicles, and four anti-riot trucks, a move that critics say will only deepen long-existing xenophobia against Haitian migrants and harm both nations’ economies.

Dominican officials said they would also consider even greater migratory controls on the Haitian border in the future.

Haiti has been under what many people have called a curse for decades and things are getting worst there.

In 2021, Haitian President Jovenel Moise was assassinated, causing an escalation of gang-related violence there.

That incident spurred a massive flight of migrants and the Dominican Republic has gradually grown more hardline with its migratory and border policies.
Among its most drastic actions has been to begin construction of a Trump-style wall along the border.

The country is also suffering from a shortage of water, triggered by one of Haiti’s most powerful gangs — as well as anti-government protesters.

They have laid siege to key fuel supplies in Port-au-Prince, causing shortages not just of fuel, but water and other basic supplies.