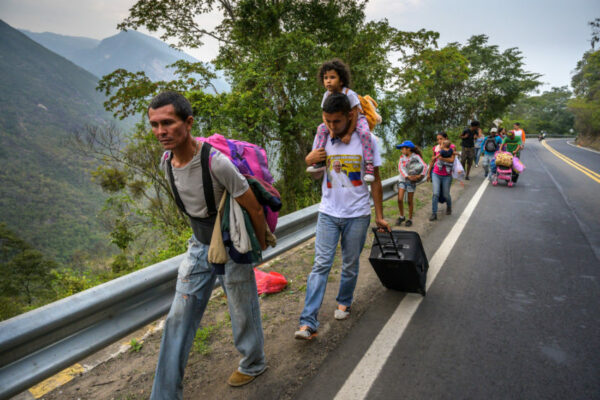 The report by the UN’s International Organization for Migration which was published on Wednesday indicated that 4.37 million Venezuelans who have fled to other countries often go hungry with the majority living on the streets.

At least 84 percent of Venezuelans who migrated over recent years live in Latin America and the Caribbean and at least half of them cannot afford three meals a day while many are forced into sex work or begging to meet their basic needs.

Over 150,000 migrants crossed into Panama compared to 134,000 in 2021 and increasing numbers are crossing Central America and Mexico and arriving at the US border.

Venezuelans are now the second largest country nationally after Mexico to be stopped at the US Border, accounting for 25,349 times, up 43 percent from 17,652 in July and four times the 6,301 encounters in August 2021.