Haiti!! one crisis after another 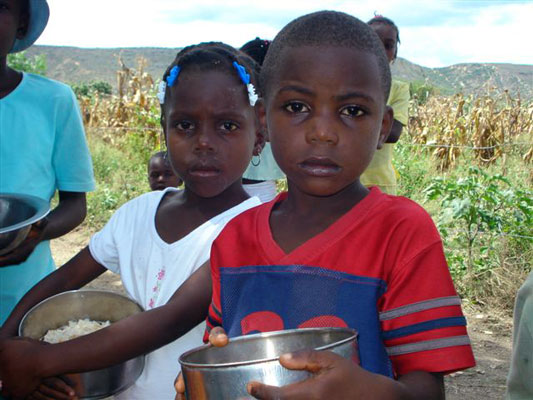 The Food and Agriculture Organisation and the United Nations World Food Program said that “an unrelenting series of crises has trapped vulnerable Haitians in a cycle of growing desperation, without access to food, fuel, markets, jobs, and public services.”

A record 4.7 million people are currently facing acute hunger, including 1.8 million people in the Emergency phase and, for the first time, 19,000 people are in the Catastrophe phase, phase 5 according to the latest IPC analysis.

“Increased violence, with armed groups vying for control of the vast and now lawless area of Port-au-Prince, has meant that residents have lost access to their work, markets and health and nutrition services…“Many have been forced to flee or just hide indoors,” the agencies said.

The food security situation has also continued to deteriorate in rural areas in Haiti the agencies said.

World Food Program Country Director in Haiti said “We are here to ensure schoolchildren get a nutritious meal each day, families meet their basic food needs and communities are empowered.

This is a time of tumult in Haiti. But there is a way forward. We all need to be steadfast, and focus on delivering urgent humanitarian assistance and supporting long-term development,” he added.

FAO Representative in Haiti José Luis Fernández Filgueiras said, “We need to help Haitians produce better, more nutritious food to safeguard their livelihoods and their futures, especially in the context of a worsening food crisis.

Resource mobilization efforts must be scaled up in order to strengthen the resilience of households targeted by emergency food assistance to increase their self-reliance.”

In addition to the global food crisis, with rising food and fuel prices, which has led to growing civil unrest the country is now facing a cholera outbreak with the World Health Organization announcing recently that it is challenged in its efforts to fight the extremely virulent disease.