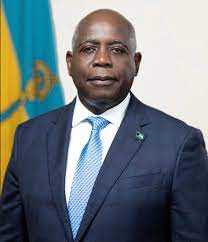 If you’re a victim of sexual violence or assault, report the matter to the police, and that includes married women.

This is the advice coming from Bahamas Prime Minister Philip Davis.

“What I say to any woman, married or not, if they are aggrieved by being assaulted by anyone, they should report it to the police. The law takes into account the separation of persons who would have had a marriage,” he said.

Davis further stated that any assault on a woman, whether you call it rape, grievous harm or otherwise, the law should take its course.

“Report those incidents to the police,” he told the media on the heels of a recent study by the University of The Bahamas conducted between September and October this year which explored the prevalence of spousal rape and assaults within marriages.

There has been increased outcry for the criminalization of rape within marriage, an offense that does not exist in Bahamian law.

The survey found that one in 12 or an estimated 4,000 married women have been raped by their husbands, suggesting also that an estimated 6,000 wives claimed to be victims of sexual abuse.

The researchers found that overall, married women were more likely to be sexually abused than a single woman by an intimate partner.

Between January 1, 2010, and May 31, 2021, there were 1,811 reports of attempted rape, rape and unlawful sexual intercourse according to the Royal Bahamas Police Force.

To address the issue of rape within marriage, the government has drafted a bill that will criminalize the offence and redefine consent