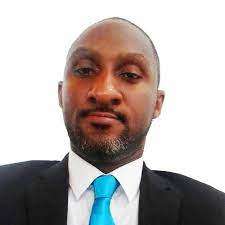 The United Progressive Party has assured ex-LIAT workers that their severance will remain top on the agenda should the party win the upcoming general elections constitutionally due in 2023.

This is not the first time that the UPP has made that declaration; which has been criticized by the government, questioning just how exactly will the money be raised.

However, Damani Tabor reiterated a few days ago, that the UPP knows exactly how they will find the millions owed to former workers.

“Meeting all our promises will be accomplished through several approaches. Low-interest borrowing, let me emphasize that. I cannot understand for the life of me how the ABLP can criticize a 1% interest loan. And then they have people paying 4 times much in interest, even 7 times as much in interest. As a new government we will be able to harness the goodwill to ensure we get the most concessionary rates,” he said.

The idea, according to Tabor is to eliminate waste and reprofile expenditure.

The UPP met with some LIAT workers and the unions representing them earlier this year, promising to pay all their severance.

Another strategy the Senator says his party intends to employ to raise funds is boosting economic growth, which he maintains will result in more revenue available for collection.

“To service debts, you also want to have economic growth and this is very critical so we will expand revenue collection by ensuring there is more employment, people spend more and the government will get it back on the back end,” he added.

The Gaston Browne-led administration has repeatedly offered only 50 percent of what is owed to the workers, through a combination of cash, bonds, and lands.

And despite failing to reach an agreement, it is moving ahead with plans to establish a ‘new LIAT’ to respond to mounting inter-regional travel demands.