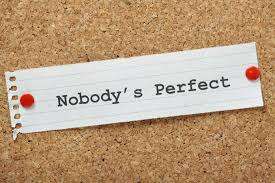 With the very best hair, make-up and lighting experts at their disposal, celebrities usually appear on screen with the looks that most of the general public can only dream about. Additionally, a skilled air-brusher can touch up any little imperfections which photographs might expose, making them – in a visual context at least – pretty much flawless. Most who have social media accounts are followed with envy and admiration for their seemingly immaculate appearance, by tens of thousands, probably in many cases even tens of millions, of adoring fans.

However, it needs to be remembered that they are only human, and in actual fact behind all the glamour, many of these famous individuals hide little physical defects, or deformities, which many people are completely unaware of. The following, whilst happily insisting that they are proud of their little afflictions, mainly keep them out of the limelight:

Gerard Butler has risen to become a massive name in the acting world, undertaking leading roles and earning rave reviews for his gritty performances. However, in some of the parts he plays he has to undergo a particularly uncomfortable piece of make-up, when he has to have one of his ears literally glued to his head. This only occurs when he has to have shorter, or shaven hair, which reveals the fact that one ear sticks out considerably more than the other. This is as a result of a deformity which followed ear surgery as a child, after a bout of tinnitus.

He was well into his thirties before he – and the film crew of Tomb Raider – fully realised quite how much they are lopsided. The glue may hold the ear back, but its mangled appearance certainly has not held his career back!

TV and film star Jennifer Garner has an army of fans who idolise her looks and ability in numerous shows over the past couple of decades, many of which she has been nominated and awarded repeatedly in recognition of her performances. What many people do not notice about her – and in all honesty are unlikely to – is her toes. She has a condition known as brachymetatarsia, which basically forces her little toe on her right foot, to overlap her other toes.

Often referred to as a “floating toe” this happens when one of the bones in the foot is too short, causing it to rise up and rest over its neighbouring digits. She still manages to squeeze the foot into expensive heels without too much fuss!

For some people, Henry Cavill having different coloured eyes might be seen as just another part of his superhero get-up; probably giving him x-ray vision – or something similar – in one of his screen roles of recent times, when playing parts such as Superman, or some trickery from his character in The Man from U.N.C.L.E spy film.

In actual fact, the real reason is that the Jersey born actor has a condition called Heterochromia, where part of one iris, contrasts in colour from its remainder. In Cavill’s case, whilst his right eye is blue, the top part of his left eye is partially brown. It is something that can be genetic, or it can develop through life, following an injury, or exposure to something in the environment which damages the highly sensitive nerve ends around the optics. Sufferers do have to “keep an eye” on their sight a little more than others, as they are more prone to diseases such as Cataracts and Glaucoma. Other famous faces (literally) with the condition include: Kate Bosworth, Jane Seymour, Bill Pullman, Demi Moore, and Tim Roth.

At present, Carvill certainly seems to be seeing things pretty clearly from a career point of view!

English actress Gemma Arterton has won recognition for her skills in front of the camera, playing opposite Daniel Craig in the James Bond movie Quantum of Solace; a role she secured following impressive earlier performances, firstly on stage before moving onto the big screen. Unknown to most fans however, is that she was born with the condition Polydactyly; the main symptom of which is having extra digits on either the hands, or feet. In this case she had an additional finger on each hand, but had them removed soon after her birth.

Although, there is now little or no visible evidence, the area around where the fingers were once attached continues to be sensitive, because the nerve endings remained intact. Despite this, she is on record in stating how proud of the condition she is, as it runs in the family, having been passed down by both her father and grandfather.

One Direction burst on to the pop scene around a decade ago with the lads attracting a massive following, both as a boy band and on an individual basis too. Possibly the most popular of the five is Harry Styles, who has continued to carve out a solo career, as well as dipping his toe into the acting world. What many of his fans would not be aware of is that he has a condition called Polythelia, which basically is the technical term for somebody having one or more additional nipples. In his case, he has two, and in fairness to him, he speaks quite openly about them, with little or no sign of embarrassment, seemingly well informed on the reasons behind them; indeed it could be said he is fully abreast of the condition!

Megan Fox has stunning looks and has been a hugely popular star of film franchises and serial television programmes, pretty much since the turn of the century. What many people are unaware of, or simply do not notice, is the shape of her thumbs. She has the condition known as Brachydactyly, more commonly referred to as “clubbed thumb”.

This is genetically inherited and sees the nails squashed and the thumb itself appear fat and rounded. It is something with which sufferers are able to lead a perfectly normal life, as it is only minimally restrictive and it certainly has not stopped her from getting the “thumbs up” from her peers and stepping up to receive several accolades and awards over the years.

Blues Brothers actor Dan Aykroyd has a large following of fans, admiring of his clever humour and  sharp delivery in many memorable comedy roles. What they are very unlikely to have ever seen are any scenes featuring his bare feet! That is because he is quite conscious of the fact that he has a condition known as syndactyly – more commonly referred to as webbed toes. Basically this is the fusing of two or more digits, in Aykroyd’s case two on each foot. It is not totally uncommon, but on average only around one in two thousand people are affected, with some more embarrassed about it than others. The Ghostbusters star is seemingly not just paranoid about the paranormal, but his feet too. However, it hasn’t stopped him getting his foot in the door for leading parts in many top movies!

Tom Hardy has earned himself a reputation as a leading actor and a bit of a heart-throb, playing tough-guy roles. His popularity is huge, but what a lot of his fans will probably never have noticed about him is a damaged digit on his right hand, which has left him with a lasting deformity, whereby his little finger is permanently bent.

However, rather than the injury be as a result of a mishap on set, whilst filming an action scene or such like, he actually sustained it in a regular everyday kitchen situation. He managed to stab himself with a large knife through his own finger, when carrying out some basic chopping duties. He severed the tendon so badly, it required three separate operations to get his hand to the point where he could make some sort of a fist. So high-fives are actually more like high four and a halves in his case!

As one of America’s top actors, Martin Sheen has had a fabulous career, with leading roles in films such as Apocalypse Now and Badlands, together with starring in the hit television series The West Wing. What few of his many fans are aware of is the fact that he has a deformity, which has been with him for all of his life.

His birth was a particularly difficult one, which necessitated the use of forceps, which during the process, contributed towards the crushing of his left arm. He was left with limited lateral movement of the limb and by the time he had reached adult age, his left arm was actually three inches shorter than his right one. The fact that he has stayed at the top of his profession for such a long period of time without it being an issue, or even being noticed, probably just highlights what a fabulous performer he is, “armed” with terrific talent.

Britney Spears is a global icon, with fans all over the world making her one of the best-selling music artist of this century and one of the most recognised celebrities on the planet. The “Princess of Pop” does however suffer from the skin condition, psoriasis.

Characterised by crusty red and silvery scaly patches, and commonly affecting the joints, this unsightly inflammation often flares up as a reaction to pressure and stress. Consequently, it is of little surprise that Britney should be part of only around three percent of the population to suffer with it, given everything she has had to contend with. Her outbreaks seem to concentrate more towards her feet, around the heel area, but her recent release from her conservatorship, should help tip the “scales” more in her favour.

What all this proves is that perfection is subjective and with determination nothing should hold anybody back from achieving their goal in life.