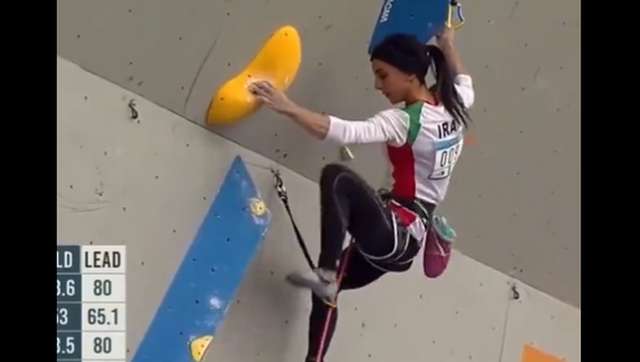 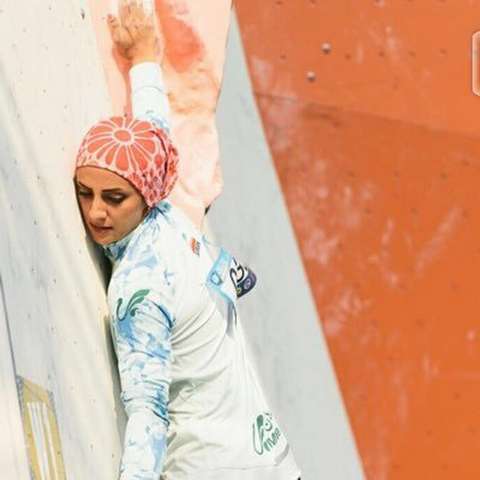 A female Iranian athlete who defied Iran’s tight regulations by competing at a climbing tournament in South Korea without a hijab embarked for home on Tuesday amid demonstrations against the same dress regulation, raising concerns for her safety.

The Iranian Embassy in Seoul said that Elnaz Rekabi, 33, and other team members left South Korea early on Tuesday for Iran. Rekabi reportedly checked out of the Seoul Garden Hotel – where she had been lodging with her team – in the morning. According to reports, the departure occurred a day earlier than planned.

Tuesday morning, the BBC World Service presenter Rana Rahimpour tweeted that Rekabi was on a plane bound for Tehran and that “there are concerns about her safety.”

Rekabi did not wear a hijab during the Asia Championship final of the International Federation of Sport Climbing on Sunday, according to the Korea Alpine Federation, the event’s organizers based in Seoul.

A video clip showed her scaling a wall with her hair tied back in a ponytail during the event.

The athlete, according to federation representatives, wore a headscarf during her first appearances in the seven-day climbing competition. Rekabi was a part of the 11-person Iranian delegation, which included three coaches and eight athletes.

The officials claimed they were not initially aware that Rekabi was participating without a hijab but looked into the matter after being contacted about her.

They said no regulations are dictating whether or not female athletes must wear headscarves.

However, Iranian women are subject to a more restrictive state-mandated dress code than women in many other Muslim-majority nations; athletes who represent the nation overseas are also required to wear a headscarf.

Concerns regarding Rekabi’s fate after she returned to Iran were expressed by the international community.

The BBC World Service presenter Rana Rahimpour tweeted that Rekabi was on a plane bound for Tehran and that “there are concerns about her safety.”

However, in an apparent attempt to allay concerns for her safety, the athlete later went on to share a message on Instagram on Tuesday.

“I, Elnaz Rekabi, with more than 20 years of experience in the national Iranian rock climbing team, apologize for the concerns I have created,” the post read. “I must announce that due to the sensitivity of the final competitions of the championship of Asia due to improper timing and the unforeseen invitation for me to climb, my outfit was inadvertently problematic.”

Rekabi added that she was returning to Iran with her team “according to the prior schedule.”

Since Mahsa Amini died in police custody last month, Iran has been engulfed in deadly protests. The 22-year-old was arrested by the country’s “morality police” for improperly wearing a hijab. She fell into a coma after allegedly being beaten by the morality police.

Female protesters have burned their hijabs and shaved off their hair while crowds have been seen chanting “zan, zendegi, azadi” (“woman, life, freedom”).

Many people saw Rekabi’s decision to wear a sweatband during part of the tournament in South Korea as a gesture of solidarity and a protest.

The protests after the death of Amini were met with intimidation and repression from Iranian security forces. The protests have also been used to voice complaints about the country’s long history of political repression, poverty, state-sponsored violence, and gender inequality.

On Monday, more than 40 human rights organizations urged the UN Human Rights Council to hold a special session and condemned Iran for “mobilizing its well-honed machinery of repression to ruthlessly crack down” on the protests.

According to the groups, evidence gathered revealed a horrifying pattern of security officers shooting live ammunition at protesters and onlookers.

The International Federation of Sport Climbing said in a statement posted on Tuesday in response to Rekabi’s Instagram message that it was in touch with Rekabi and the Iranian Climbing Federation to “establish the facts.”

“Our understanding is that she is returning to Iran, and we will continue to monitor the situation as it develops on her arrival,” the statement said, adding that the federation places a high priority on athlete safety.

An Iranian chess referee said two years ago that she had received death threats when a picture of her during the Women’s World Chess Championship in Shanghai that appeared to show her without a headscarf went viral. Shohreh Bayat stated that she had been wearing a headscarf loosely over her hair at the time, but she later escaped to the UK and applied for asylum after being advised that if she went back to Iran, she may be arrested.

Sadaf Khadem, another Iranian female athlete, gained notoriety in 2019 after triumphing in a boxing contest while sporting only shorts, a sleeveless top, and no headscarf. The athlete claimed to have moved to France after learning of an arrest notice for her.

“Because everything is so volatile and intense, we don’t know what might happen to” Rekabi, said Shahla Haeri, a professor at Boston University who has studied law, gender, and religion in the Middle East. “What is expected of Iran, no one can predict.”

The hijab is not suitable for sports

Rekabi admitted in a 2016 interview with French news outlet Euronews that climbing while wearing a hijab can present additional physical challenges.

“At the beginning, it was a little bizarre for the other athletes, who were curious about a girl wearing a scarf on her head and an outfit that covered the arms and legs whilst competing inside in such a hot temperature,” she said.

“For sure when it’s hot the hijab becomes a problem. During the competition, your body needs to evacuate the heat. But we have tried to create an outfit ourselves that respect the hijab and is compatible with practicing the sport of climbing.”