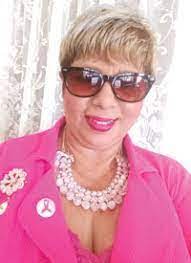 It’s hard enough dealing with the fact that one has cancer, but being burdened with a high radiation therapy bill presents another cause for worry for several families in Guyana.

Founder of the Guyana Cancer Foundation (GCF), Bibi Saeedah Aktar Hassan says many people are suffering in silence because of that heavy cost.

“Many patients bypass the treatment because they cannot afford it and eventually succumb to the disease,” she said.

Hassan said the foundation is lobbying the Government to support the establishment of a Low-Income Radiation Therapy Centre to subsidize costs for cancer patients who struggle to afford the vital treatment.

“Radiation therapy starts at $550,000 up. It can go up to $1.4 million for persons with cervical cancer. There is currently only one at the privately owned center at the Guyana Cancer Institute.

“There is a need for one that can cater to our low-income people because people can’t afford the price to pay for radiation therapy. Where will these poor people get the money to do radiation therapy?” she questioned.

She noted that even with the subsidies for radiation treatment from the government the cost is still too high.

“Some people who can afford usually travel overseas to access the radiation treatment but that is not a viable option for many persons, those who can’t afford it get depressed and they come to my Organization and I try my best to help them but sometimes I can’t because of the funding you have to get to help them with that money.

Radiation therapy is a type of cancer treatment that uses beams of intense energy to kill cancer cells. Radiation therapy most often uses X-rays, but protons or other types of energy also can be used.