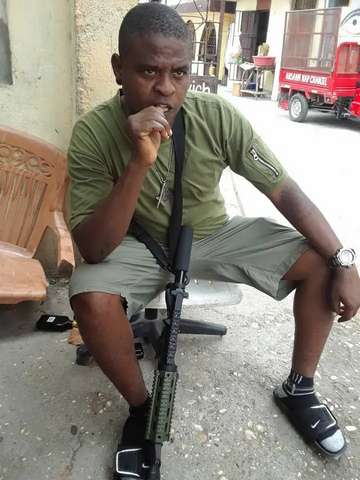 To quell the ongoing tension in Haiti, the leader of one of the country’s most feared gangs wants his members to form part of the government.

Among other issues, Haiti faces a fuel shortage after gangs took over control of the fuel supply resulting in fuel shortages, food, and medical services.

While the government has called on the regional and international community for help and is asking for foreign troops to be deployed, the people of Haiti continue to call for the resignation of their Prime Minister.

The U.N. Security Council is considering proposing sanctions on gang members, but gang leaders believe that the situation can be remedied if they were a part of the decision-making process.

Jimmy Chérizier, a former police officer turned gang leader who goes by the alias Barbecue, recently released a video reading a proposal to pacify the country, which includes giving gang members amnesty and voiding outstanding arrest warrants, according to the Associated Press.

The director of Haiti’s National Disarmament, Dismantling, and Reintegration Commission told a local radio station last week that the gang is asking for positions in the prime minister’s cabinet.

Chérizier is the leader of an alliance of Haitian gangs called the “G9 Family and Allies,” which now controls the fuel supply.

The gang said they would not allow the release of fuel to the population until Prime Minister Ariel Henry resigns and wants their representatives to form part of an interim government until presidential elections are held in 2024.