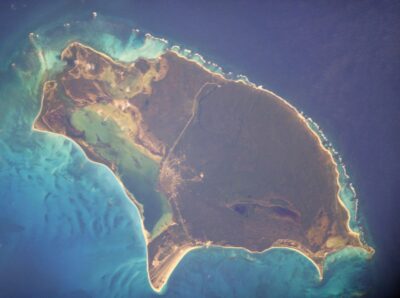 The Barbuda Council could be just days away from filing a lawsuit against the Central Government and all those involved in the Cedar Tree Point development project.

Barbuda Council Chairman McKenzie Frank insists that the development is intruding on land protected under the Ramsar Convention. The project which is situated in the northwest of the island spans almost 114 acres with 98 of them comprising “security buffers”, which Frank and his council members argued will place limits on the residents of the Sister Ilse.

Frank said the council has been working with various attorneys in Antigua and Barbuda and have prepared all necessary documents to begin the legal action.

“We have made various inquires in terms of the potential damages should the project go ahead,” he said.

Additionally, a report was also prepared by one Dr. Blaire, who Frank said would have outlined all the serious threats the project is likely to have, in addition to monitoring the site daily.

“We are keeping records so that we can again advise the court as to what the problems are. This is the stage we are at…we are taking the legal route and we are hoping we can get success,” Frank said.

The Council chair is very confident that they will be successful in court. “Based upon the law, we believe we have a very good chance because there is a certain authority that the Barbuda Council has been given by some sections of the constitutions…we believe the requirements in the law have been broken. We believe we will get some kind of relief from the court,” he said.

The Barbuda Council has been accused of trying to stymie development in Barbuda; a claim that Frank has denied

“It doesn’t mean we are against development; we have to protect the long-term interest of the people of Barbuda. If we feel that a project is likely to threaten the marine…we have to raise those concerns. Because we raise those concerns doesn’t mean we are against the project. All we are looking for is what’s best for the investor and the people of the island…” he explained.

Meanwhile, Former MP for Barbuda Arthur Nibbs said the first action should not be to go to the courts but instead there should have been some dialogue.

“First of all the community should have been brought together and brought up to date with this report. I have reservations about whether or not that report was done. Did the council ever refer the findings of the report to the central government with the view of finding some kind of findings?” Nibbs asked.

Ramsar sites are wetlands of international importance that have been designated under the criteria of the Ramsar Convention on Wetlands for containing representative, rare or unique wetland types or for their importance in conserving biological diversity.