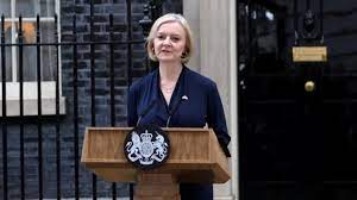 It would be kinda strange if Prime Minister Gaston Browne remained quiet on the shocking resignation of UK President Liz Truss. After all, that’s the talk of the town.

Triss announced her resignation as leader of the Conservative Party, just six weeks after she took over from Boris Johnson.

Prime Minister Gaston Browne used his Facebook page to give his opinion on the matter, saying that the Antigua and Barbuda electorate should pay close attention to what’s taking place in the United Kingdom, saying that he believes it is a foreshadowing of what could come if they vote for the opposition United Progressive Party (UPP).

“Many parallels with UK politics and the UPP. Incompetence, inexperience, and a lack of commitment, fuelled by unbridled political ambition breed instability, chaos, and confusion. Let’s protect our state from the dead hands of [Harold] Lovell and the other charlatans and incompetents in the UPP,” Browne wrote.

Liz Truss has confirmed she is resigning as prime minister after 45 days in office, becoming the shortest-serving PM in UK history.

Truss has faced calls to quit over the disastrous fallout from her mini-budget, with pressure ramping up ever since following a series of screeching U-turns that saw party unity disintegrate.

In a brief statement outside Downing Street, Truss said: “I recognize… given the situation I cannot deliver the mandate on which I was elected by the Conservative Party.”

She confirmed she had spoken to the King to inform him that she was stepping down.

Truss will still need to meet the King in person to formally tender her resignation, as is tradition, and this will happen immediately before the monarch asks her successor, also in person, to form a government.

Her successor as prime minister will be chosen within a week.