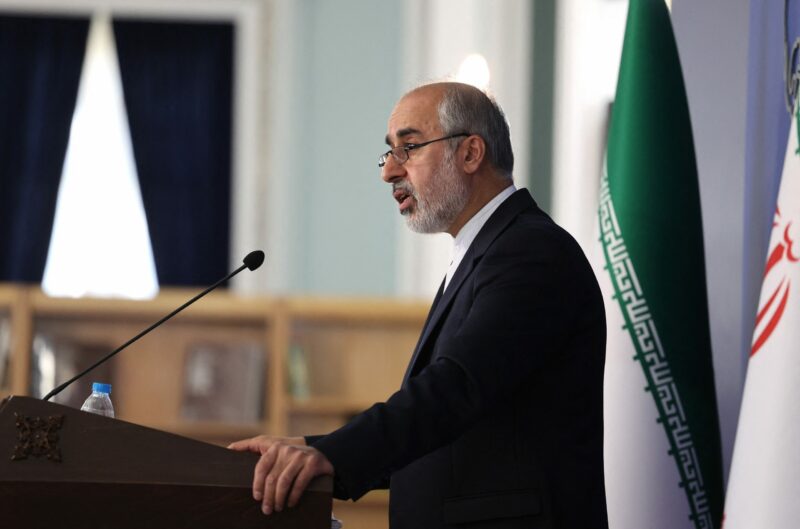 The Iranian government has reacted angrily to calls by the European Union, the United Kingdom, and other western countries to investigate the use of Iran-made drones in Ukraine. Nasser Kanaani, the spokesperson of the Iranian foreign ministry, said the allegations were “groundless” and “unfounded.”

“We reject groundless claims that drones were supplied [by Iran] to be used in the Ukraine war,” Kanaani said in a statement on Saturday.

Ukraine has raised an alarm that the drones recently used to bombard Kyiv and other Ukrainian cities were supplied to the Russian government by the Islamic Republic of Iran. The allegation was further echoed by European countries and the United Kingdom. Teran had consistently denied having anything to do with the drones and rejected calls for the UN to investigate its involvement.

“Continuing their irresponsible, destructive, and illegal moves in order to create a poisonous political atmosphere against the Islamic Republic of Iran, the above-said parties seek to present a misleading interpretation of Resolution 2231 of the United Nations Security Council and establish a link between their unfounded allegations and the resolution,” the foreign ministry statement read.

Kanaani described the accusations as provocative and “hypocritical,” saying the EU and Britain do not have what it takes to bring lasting peace and stability to the world.

“[Iran] will not hesitate to defend the interests of the Iranian people,” he said, without elaborating.

The Iranian foreign ministry did not stop at calling for the end of the investigation involving the drones in Ukraine. Kanaani went further to accuse the EU and the UK of supplying arms to Saddam Hussein during the Iraqi war making them lose the right and freedom to investigate other nations.

“The Iranian nation will never forget that some European countries which make claims against Iran are accessories to the crimes committed by Saddam Hussein as they sent him weapons of mass destruction, including chemical arms, during the Iraqi imposed war against the Islamic Republic of Iran,” Kanaani said.

“The Islamic Republic of Iran still considers those countries complicit in Saddam Hussein’s crimes and, hence, holds them responsible and accountable,” he added.

US intelligence has indicted Iran of supplying drones to Russia. More recently, Iran has been accused of sending experts to train the Russian forces on how to use the weapons, an allegation that Teran continues to deny.