Political drama in the UK could affect the tourism season 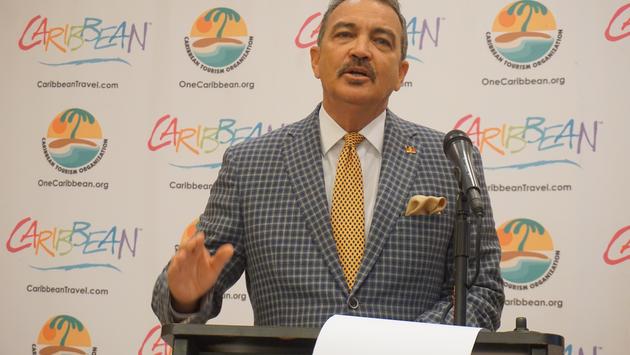 While the lightning-fast race to replace Liz Truss as British Prime Minister gets wilder, there are concerns that the situation could impact travel; and dampen hopes for a record-breaking tourism season in Antigua and Barbuda.

The UK, along with Canada and the United States, is one of Antigua and Barbuda’s largest source markets

And with political uncertainty hovering over the UK, Tourism Minister Charles Max Fernandez has been trying to work out in his mind, what impact it could have on travel.

“There is a level of uncertainty because of what happened and that is not going to help the stock market. It is not going to help the value of the pound and people may not even be too sure they might have a job. These are the things that will affect how people spend. And when people are concerned about their spending one of the first things they will cut is vacation,” he said.

Fernandez said, however, the opening of the Jolly Beach Hotel will give those who are watching their dollar an opportunity to enjoy the island while cutting back on spending.

“Jolly Beach can serve as a three-star option for persons who cannot afford a more expensive property,” Fernadez added, saying “it depends on who becomes the next prime minister and what measures are put in place and how the economy reacts,”.

All this comes as Boris Johnson flew back into London on Saturday morning, perhaps hoping his arrival at Gatwick Airport would mark the beginning of a triumphant return to 10 Downing Street.

Johnson, who was ousted as prime minister in July over a series of scandals, arrived in the UK from his Caribbean holiday intending to join the race to replace Liz Truss as premier, Britain’s PA Media news agency reported allies as saying.

Johnson told UK trade minister James Duddridge that he was “up for it,” PA reported.

He indicated he will run in the leadership contest even though he is still under parliamentary investigation over allegations he lied to lawmakers.

Truss resigned on Thursday, just six weeks into her disastrous term that pitched Britain deep into political and economic turmoil. Her successor will be the fifth PM to lead the country since it voted for Brexit in 2016.