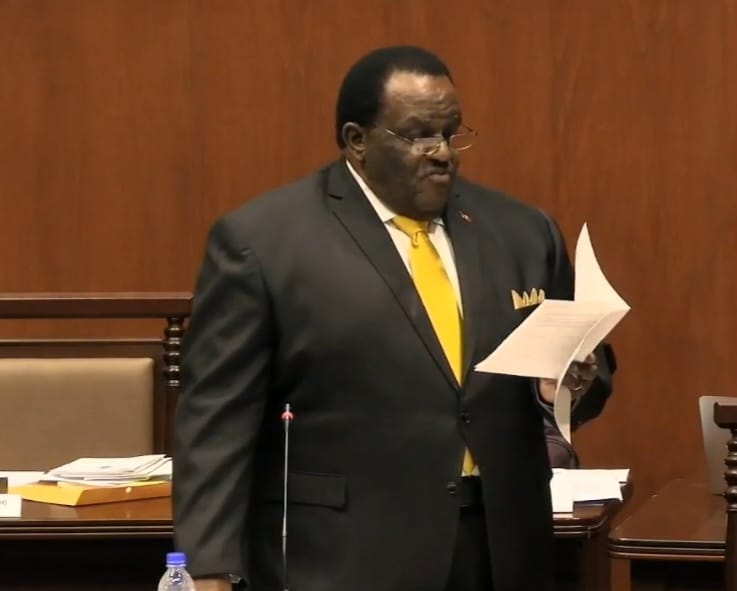 After its return from the committee stage, the lower house successfully passed the National Sex Offenders Bill which will seek to address a growing trend of sexual indecency in Antigua and Barbuda

The Bill proposes that members of the public who wish to know if an individual has been convicted of a sex crime and is on the register must apply to the Commissioner of Police to get that information.

Attorney General Steadroy Benjamin told Palrimaentarians that the Bill will also seek to inform communities of persons who are predators, who are inclined to interfere with individuals of the opposite sex, sexually, and to put parents and guardians on guard about persons in the community who has the propensity committing these offenses.

“No one can doubt that this bill is essential. Sexual predators must be identified. Parents must know who lives in their communities. They must know that there are persons who are there and are likely to be sexual predators in their societies,” he said.

The entire aim of the bill is to establish a national sex offender register that could be used for the monitoring of convicted sex offenders thereby increasing public safety and reducing incidents of sex reoffending.

Meanwhile, Opposition Leader Jamal Pringle supported the bill, saying that “having gone through the report, a lot of concerns were raised and from all indications, the bill was adjusted to suit,”

He also raised concerns about what grounds can a person access the sex offenders list. “I am in no way, shape, or form against this bill. It is timely and I think persons need to be protected from sexual predators,”.

But Trevor Walker, the member of Parliament for Barbuda continued to oppose the bill, saying that a public national sex offender register could be the subject to constitutional action. “There should be a register and it should have restrictions and the persons who want the information of the register should go through a process,” he said.

Other government MPs including Samantha Marshall, Dean Jonas, and Daryl Mathew also supported the bill and spoke on the issue in Parliament Monday.

The Bill will now be debated by the Upper House.