The US ends the importation of Haitian Mangoes 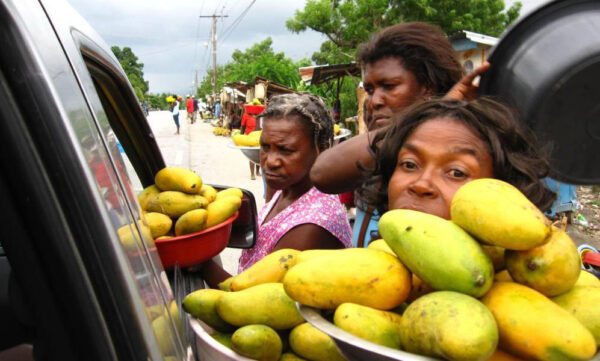 Haiti will no longer be able to export mangoes to the United States.

The United States Department of Agriculture advised the National Association of Mango Exporters, that the Animal and Plant Health Inspection Service (APHIS) will close its mango preclearance program in Haiti by the end of January 2023 due to worsening insecurity.

This does not ogre well for farmers and the agriculture sector which generates more than 12 million dollars in revenue per year from mango exports.

In 2022 the volumes of mangoes from Haiti were estimated to be 48% lower than those of last year, a decrease which can be credited to the insecurity situation in the country as well as the ongoing global crisis.

In addition to the export ban, APHIS inspectors were placed on indefinite leave, as the US Government says it cannot guarantee their safety.

A letter to the president of the Association Nationale des Exportateur de Mangues (ANEM) from the United States Department of Agriculture dated October 24, reads “This letter is to notify ANEM that APHIS will close the mango preclearance program in Haiti by the end of January 2023.

“We are taking this action because of worsening challenges in Haiti that have made it impossible for our APHIS inspectors to safely work. This move is in alignment with information that we have received from the U.S. Embassy in Port-au-Prince.”

The correspondence stated further that “Our team will remain on leave until the program officially closes. We commit to working very closely with them, Haiti’s national plant protection organization, and ANEM as we move forward with this process.”

The US Department of Agriculture says it will consider reinstating the program if the situation in Haiti improves, in consultation with the U.S. Embassy in Port-au-Prince.