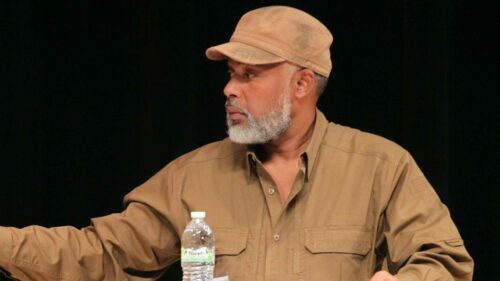 ​Éric Jean-Baptiste; one of Haiti’s most popular politicians was killed overnight. The 52-year-old and his bodyguard reportedly ambushed the green hills above Port-au-Prince.

The incident happened just a little after 9 pm according to reports from Haiti.

Jean-Baptiste headed one of Haiti’s center-left political parties after making a name for himself in the lottery business.

Jean-Baptiste, 52, and a bodyguard were both killed sometime after 9 p.m. by armed men in Laboule, according to police, who said an investigation is currently ongoing.

While lawmen gave their version of the story, reports from the Miami Herald suggested that Jean-Baptiste, “who is the current secretary general of the Assembly of Progressive National Democrats, was on his way home with a member of his security team when their vehicle was shot up the vehicle overturned from the gunfire”

Meanwhile, the UN Secretary-General António Guterres, said Jean-Baptiste was “a committed politician” who supported the consolidation of democracy and the rule of law in Haiti.

Jean-Baptiste was head of the Assembly of Progressive National Democrats (RDNP), a center-left political party founded by former president Leslie Francois Manigat, and later led by his wife, Mirlande Manigat, a professor and one of Haiti’s foremost constitutional experts.