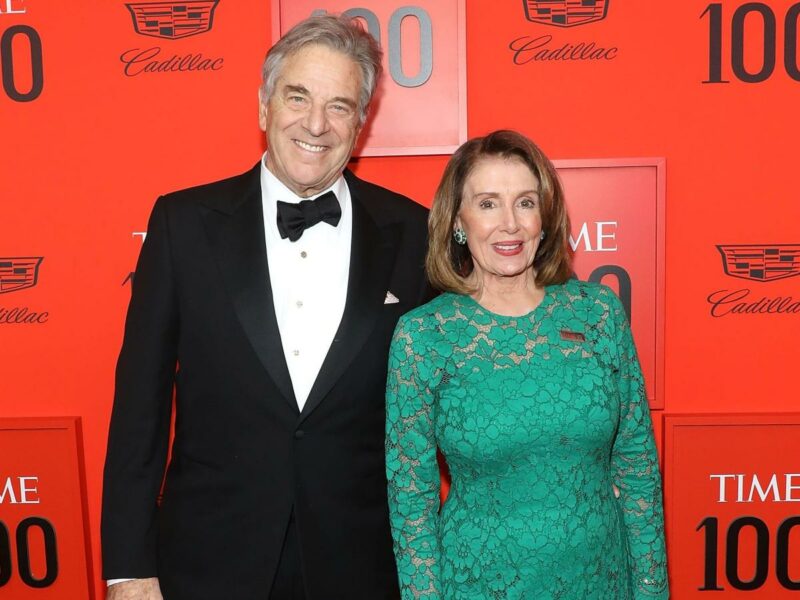 Paul Pelosi, the husband of the speaker of the US congress, Nancy Pelosi, has been attacked with a hammer at their home in San Francisco. In a statement released by Drew Hammil, the spokesperson of Nancy Pelosi, he said the attacker came at a time when the House speaker was not at home.

“Early this morning, an assailant broke into the Pelosi residence in San Francisco and violently assaulted Mr Pelosi. The assailant is in custody and the motivation for the attack is under investigation,” the statement reads.

The police said they managed to prevent the attacker from inflicting more harm on Paul Pelosi after they tackled him and disarmed him.

“The suspect pulled the hammer away from Mr Pelosi and violently assaulted him with it. Our officers immediately tackled the suspect, disarmed him, took him into custody, requested emergency backup and rendered medical aid,” a California police chief said.

Mr Pelosi, 82, was taken to the hospital where he is said to be receiving excellent medical care. He is said to have sustained serious injuries in his right arm and hands, as well as a skull fracture. He has already undergone surgery for the fractured skull as of Friday evening.

The Police released the identity of the suspect

David DePape has been identified as the man behind the attack on 82-year-old Mr Pelosi. The 42-year-old man is said to be a believer of the conspiracy theories on Covid-19 vaccines, and one who agrees that the 2020 election was stolen.

Posts connected to the Jan. 6 riot and the conspiracy theories about Covid 19 vaccines were seen on a Facebook account associated with the suspect. The Facebook page has been brought down. Relatives of the suspect confirmed he is the owner of the account, and said DePape has detached himself from the family.

His stepfather, Gene DaPape, said the suspect grew up in British Columbia, Canada, but left for California, in pursuit of a relationship.

He said it was difficult to believe that his son could do such a thing against the Pelosi family.

“Hopefully it’s a scam. I don’t want to hear something like that,” he said.

As of the time of this report, the police said the motive of the attack remains unknown.

Although the motivation of the attacker is unclear, sources reveal that he screamed: “Where is Nancy? Where is Nancy?” Those remarks have been translated to mean DaPape’s target was not Paul Pelosi, but his wife.

Another source revealed that his mission was to tie Mr Pelosi until his wife returned but was prevented by the presence of the Police. Security details were not present at the time because Mrs Pelosi was not around.

While Republicans and Democrats are divided on issues like abortion, same-sex marriage and other complex matters, they have united behind House Speaker, Nancy Pelosi, unanimously condemning Friday’s attack.

Former vice president under Donald Trump, Mike Pence, was among those who criticized the attack on Paul Pelosi.

He wrote on Twitter: “This is an outrage and our hearts are with the entire Pelosi family. ⁦We pray Paul will make a full recovery. There can be no tolerance for violence against public officials or their families. This man should be prosecuted to the fullest extent of the law.”

Republican senator, McConnell, also wrote: “Horrified and disgusted by the reports that Paul Pelosi was assaulted in his and Speaker Pelosi’s home last night. Grateful to hear that Paul is on track to make a full recovery and that law enforcement including our stellar Capitol Police are on the case.

President Biden and vice president Camala Haris also  reached out to Nancy and wished her husband a speedy recovery.

Is the suspect a Trump supporter?

The circumstances surrounding the attack have caused some to raise the question of whether the attacker is a supporter of former president Trump or not.

Gavin Newsom, the Democratic governor of California, might have hinted that the attacker could be a supporter of the former President.

He wrote: “This heinous assault is yet another example of the dangerous consequences of the divisive and hateful rhetoric that is putting lives at risk and undermining our very democracy and Democratic institutions.” Newsom wrote, adding that “those who are using their platforms to incite violence must be held to account.”

Donald Trump’s handling of the coronavirus and its vaccines and his opinion of the 2020 elections seems to align with that of David DePape. Hence, Newsom’s comment seems to be about Donald Trump and his truth social. However, if the suspect is confirmed to be the one behind his social media posts, he is most likely to be a supporter of the former President.

David DePape, who is currently in police custody, will be booked for attempted homicide, assault with a deadly weapon, elder abuse, and other offences.