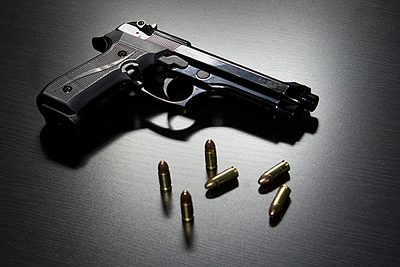 ​Jamaican police officer Alberto Junior Taylor has been arrested and charged with illegally prepossessing a firearm and ammunition, following an incident at an examination depot in Kingston.

During a search of his home over 80 rounds of ammunition were found.

Taylor was part of a group of men who were seen at the depot with a firearm, acting suspiciously according to lawmen who accosted and search them.

A pistol was removed from the waist of one of the men who was later identified as a police constable.

During another search, police discovered one 9mm round in the officer’s front pocket.

Following the find, a search warrant was prepared for his home where one M16 magazine with thirty rounds and 14 live and three blanks 5.56 cartridges were found as well as 15 9mm cartridges, two 12 gauge cartridges, one M16 blank, and one 22 cartridges were seized.

The officer remains in police custody while the investigation continues