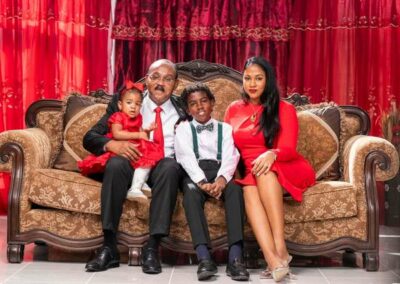 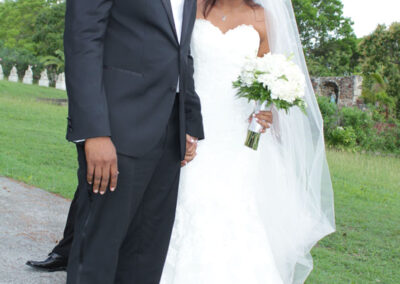 Prime Minister Gaston Browne is dispelling the rumor that his relationship with his wife Maria started while she was just a third-form student. There have been allegations over the years that Maria, was barely an adult when the two became romantically involved.

Browne addressed the “buzzes” for the first time on Saturday, saying that he met Maria while she was studying at the American University of Antigua.

“I met her when she was 19 years of age. I would have known her before but in terms of having a relationship…give me a break, mi doesn’t touch minors ok,?”

Maria has constantly referred to her husband as her ‘best friend” while her husband is “everything a woman would want and more”.

And in turn, Browne says his wife is not only a hard-working and dedicated mother, but she also continues to assist her constituency and the country by extension.

The couple has two children together, Prince and Peace.

Maria is the daughter of  Purcell Bird, son of National Hero Sir Vere, and brother to Sir Lester Bird.

She was appointed Minister for Housing, Lands, and Urban Renewal and Minister of State in the Ministry of Legal Affairs, Public Safety, and Labour on 22 March 2018.