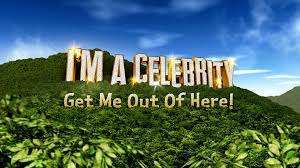 One of ITV’s standout shows returns this weekend (launching on Sunday 6 November), back in the Australian jungle for the first time since 2019. I’m a Celebrity… Get Me Out of Here! has spent the past two years at the medieval Gwrych Castle in North Wales, due to Covid-19 travel restrictions.

The line up this time around includes an eighties pop superstar, a controversial radio DJ, the usual pair of soap actors, and unbelievably… King Charles III’s nephew-in-law. The usual weird relationships are sure to develop in amongst the petty arguments that always ensue, especially when hunger begins to take its toll, all combining to give viewers just over three weeks of guaranteed entertainment.

Format likely to remain the same

For anyone not familiar with the programme (where have you been?!) the format sees a group of celebrities living together in extreme conditions, needing to carry out specific challenges, or trials as they are referred to in the show, that often involve spiders, snakes, rats, bugs or a combination of them all, to win food and treats. If they fail they are forced to survive on a diet of rice and beans. One by one they get voted off by the watching public until a final three remain on the last day; before the public again decide the eventual winner.

The line-up this year, and most years in all honesty, is a real diversity of characters. Probably the best known is Boy George of Culture Club fame, who certainly isn’t entering the jungle for the money, as his wealth has been estimated at more than £40 million. At 61 he will be the oldest in camp. He has said that as a vegan he will not be partaking in any of the programme’s infamous eating trials.

Possible King in the family before the coronation?

No doubt the producers will be hoping for some revelations about some of his famous friends from the industry; but if he isn’t forthcoming then their real hope will turn towards one of the biggest coups the programme makers have ever landed in the form of Mike Tindall.

He is of course the former England rugby ace, but more importantly for the television people, he is the husband of Zara Phillips, the daughter of Princess Anne, and granddaughter of the late Queen Elizabeth II, making him the nephew-in-law of King Charles III.

Indeed were he to win he would be crowned king of the jungle before his “Uncle-in-law” has had his coronation.

Discretion expected but hopes of a possible slip-up

He carries no royal title but his wife is 20th in line to the British throne. He has had, if not a front row seat, then certainly a close view of all the most recent royal controversial and historical moments. He has his place as a key member of the royals inner-circle and will be loaded with so much gossip that although he will naturally be discreet, there will be hope that he may let a few juicy bits slip out.

He said, when asked how Zara felt about him going in, that she was fine and if she had any issues with it he wouldn’t be doing it. He added: “I do think it will be good fun at the end of the day. I like groups of people so let’s see; I might regret it.”

Others in the cast are made up of former Radio One DJ Chris Moyles, who now hosts a show on Radio X. He had admitted to having a crippling fear of heights, so that is him nailed on for any trial of that type.

Every year soap stars make an appearance, indeed last year Emmerdale star Danny Miller, pipped Coronation Street’s Simon Gregson to the title. This year “Corrrie” are represented by Sue Clever who has been part of that drama for over 20 years and seems to have the character to be a hit in the jungle with the watching audience. The other soap actor this time around is 23-year-old Hollyoaks star Owen Warner.

The remainder of the group are: Comedian Babatunde Aleshe; Olivia Attwood of Love Island fame; newsreader Charlene White; Scarlette Douglas presenter and property guru, and ex ladies footballer Jill Scott, a member of the successful England Lionesses side from earlier in the summer.

Camp gets an invasion of unwelcome guests

With still a few days to go the fun has actually already started in camp with an infestation of cockroaches, spiders, rats and mosquitoes, as the humid weather and nearby floods have brought swarms right into the filming area. Although attempts have been made to clear as much as possible, it seems inevitable that there will be extra guests in the camp this year, especially the mosquitoes who are said to be thriving in their ideal conditions.

“Slumming” it at the Marriott

In past series in Australia, some camp-mates have been pretty happy to be voted out early so they could go and spend up to ten days in the luxury of the plush Palazzo Versace Hotel. This year however bosses at ITV have “downsized” to the Marriott Hotel instead. Possibly it will be the families who fly over to support their loved ones who will feel it the most, missing out on the opulence on offer at accommodation that starts at £1,000 at night, in favour of a much more moderate base, where the room prices begin at a far more affordable £250 a night.

The regular hosts Ant and Dec will as usual knit the series together with their own brand of humour, for its duration of 22 episodes.