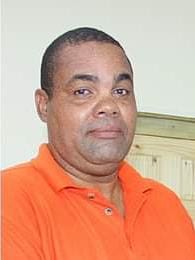 At least one Observer shareholder is not discouraged by two recent resignations at the station.

Matthew-Ward was the host of Observer AM, which airs Monday to Friday. He announced his departure in a statement live on-air, at the end of the Monday edition of the show.

Dane Knight had previously disparaged Matthew-Ward repeatedly, accusing the former morning host of not being tough enough on the Antigua and Barbuda Labour Party (ABLP), and questioning his impartiality.

While Knight has said he is not a member of the United Progressive Party (UPP) has made it clear he is backing the UPP in the upcoming elections.

He has previously attacked the journalists, and other producers and hosts at Observer for airing comments, interviews, and content with government ministers or other Antigua Barbuda Labour Party (ABLP) spokespersons.

On Monday night, a jubilant and laughter-filled Knight told his audience, “If anybody wants work, Observer has space!”

He at some point added, “The traitor an dem yall had in here. They’re gone now! And me a pop me eye to see if any more in ya! Cause plenty a dem in ya!”

Matthew-Ward resigned on Monday saying that the principle of respect for different views and political stances” at Observer was under threat by developments there.

He said he wished for peace of mind and safety in the “silly season” and was unwilling to go on. Knight’s attacks on Matthew-Ward have occurred for many months.

On Knights programme on Monday, his studio guest accused Matthew-Ward of not being hard enough on the ABLP government.

Observer’s Managing Director, Algernon “Serpent” Watts recently declared that no one would be allowed to use his station to help keep him out of office. He is a UPP candidate in the next election. He hosts his Snakepit programme on Saturdays.

Daytime host of the signature Voice of the People programme, Franz DeFreitas, is also a UPP candidate.

The once-weekly show, Movement Radio, recently featured guests aligned with the UPP who also called for Matthew-Ward to go, saying that there are “problems” with the journalists and “one of the hosts” at Observer that needed to be “rectified”. One guest accused these employees of “trying to destroy Observer”.

Many of the callers, texters and guests on some of Observer’s programmes appear to be die-hard UPP supporters or anti-Labourites.

At times, they disparage or attack the station’s employees for not toeing a UPP party line.

On Saturday, October 22, then-Observer host Keiron Murdoch, who produced The Big Issues, resigned. A leaked text message from him to his guests revealed that he threw in the towel when the station management stepped in and canceled an interview that had been scheduled with Prime Minister Gaston Browne.

Some commentators who support the UPP have blasted Murdoch, accusing him of being aligned with the Labour Party, because of his decision to resign.

But Murdoch, like Matthew-Ward, had never been known to openly support any political organization and tended to have interviews with representatives of all parties.

Watts later said there was no bad blood between himself and the former The Big Issues host, but warned, “My door is open to more resignations”.

According to his statement, Ward had been working with Observer since 2013. It is not clear how long Murdoch was with Observer, but references online to articles under his name go back at least to 2017.

Observer is no stranger to controversy surrounding who is allowed and not allowed to appear.

Back in March, there was a debacle created when Watts announced that the Prime Minister’s Chief of Staff, Lionel “Max” Hurst had been bounced from the weekly interview slot he occupied on Observer AM.

So serious was the criticism of Observer then, that newspaper Editor Gemma Handy publicly distanced the news staff from what many perceived to be political stances at the station.

Barbara Arindell has taken over as the host of The Big Issues. It is not known who might be the new host of Observer AM.

Nevertheless, at least one shareholder is happy with recent developments and wants to see more of whom he perceives as “traitors” depart.