The Princess of Wales launches the “Taking Action on Addiction” campaign 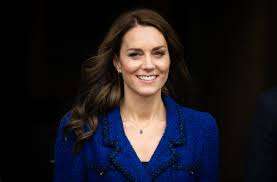 The Princess of Wales has given her personal support to people struggling with addictions, insisting that shame should not stop anybody from getting help. She spoke up yesterday (Sunday 30 October) when launching the “Taking Action on Addiction campaign.”

Kate became a patron of the charity “Action on Addiction” shortly after marrying into the royal family, which is now more than a decade ago. Now firmly established as a firm favourite in the public eye, she continues to use her profile to shine a spotlight on an issue that is genuinely important to her, and earlier this month pre-recorded a video message at Kensington Palace, which was released to coincide which was the first day of Addiction Awareness Week.

Need to rid the feeling of shame

The short message was delivered with real sincerity, as she described addiction as a serious mental health condition, pointing out that it can happen to anybody anytime, irrespective of age, gender, race, or nationality. Kate spoke of attitudes changing, but quickly added that the shame associated with addiction is still stopping people asking for help, which sadly meant that lives were still being lost as a result.

The Princess said she hoped the campaign could build awareness, reframe perception and reduce prejudice that surrounds addiction. The movement is led by an organisation called the “Forward Trust”, which Kate became patron of in June 2021, when it merged with her existing charity, and she closed her video address by appealing to people to try and recognise that the only way to help those suffering was to try and understand what has led them to their particular addiction, and to be compassionate towards their struggles, whatever they might be.

Finally in a pleas to those who are gripped by an addiction, Kate asked for them to find the strength to ask for help, acknowledged that she was fully appreciative that it was “not their choice” to fall into whatever addition they had, and reassured people that “recovery is possible.”

The Forward Trust charity provides services including helping with employment and addressing the problems of addicts and addictions in prison. Even before Kate became their patron, she twice visited their substance misuse services at HMP Send, a women’s prison in Surrey to try and get a better understanding.

Earlier this year whilst still the Duchess of Cambridge, she had made a strong point when stating: “None of us are immune to addiction”, appreciating the devastating impact which the pandemic had made on addiction rates. She pointed out that some 1.5 million more people were facing problems with alcohol, with almost one million young people experiencing an increase in addictive behaviour after Covid.

Listening is the key

In a reflective speech Kate stressed that understanding what lies beneath addiction could help “remove the taboo and shame that sadly surrounds it”, before highlighting that around two million individuals who were identified as being in recovery, had experienced a relapse in the period since the first lockdown. She said passionately that: “we can all play our part by understanding, by listening, by connecting.”

Most popular of the royals

It should come as no surprise that Kate and Prince William have been named the most popular royals in a new poll, released this week. Princess Anne came third ahead of the new King, with former favourite Prince Harry now failing to muster much support at all. Kate has emerged as the star of the show in terms of the royals. Her popularity has steadily risen over the years, mainly due to the positivity she conveys on every appearance, together with a genuineness and authenticity in all that she does.

Kate has “grasped the nettle” of her position and understands its importance. She is making some real statements of intent with several worthwhile projects of her own, including: the creation of the Royal Foundation Centre for Early Childhood, which focuses on children’s well-being. Earlier this year she released the book “Hold Still” which is a collection of pandemic-era photographs taken by people across the U.K.

With Harry and Meghan continuing to create the wrong sort of headlines, with what seem to be nothing more than immature rantings, Catherine Princess of Wales, is doing the royal family proud.