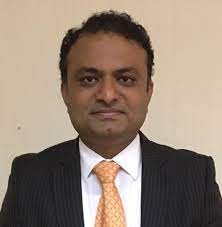 Million-dollar grants, scholarships, and training are just some of the future plans that the Government of India has in store for the people and government of Antigua and Barbuda.

During the country’s 41st Independence celebrations on November 1, India’s High Commissioner to Antigua and Barbuda, Dr. KJ Srinivasa says the Indian government is actively working with the twin island state, especially in capacity and skills building.

“We are offering 16 scholarships to Antigua and Barbuda in a wide variety of fields like IT, Management, HR, and other areas. There are 12,000 courses and these are all in India, fully funded by the government of India. I would encourage all Antiguans and Barbudans to make use of this to improve their skills and if they need more [scholarships] we are willing to provide more,” he said.

Srinivasa said additionally the Indian government is partnering with the Antigua and Barbuda government on several projects and initiatives.

“We are working on a US $10 million project for the government of Antigua and Barbuda; a concessional line of credit for solar energy project. We are also providing through the International Solar Alliance, funding of about $50,000 each, for small solar projects which will light up hospitals or schools or something like that,” he stated.

Support in the area of technology will also be given attention.

“We are working actively to see if we can work on information technology. In fact, at the UWI Five Island Campus I’m working on an M.O.U with the Indian Institute of Technology, which is one of the top institutes in the world, to work on artificial intelligence, robotics and information technology courses. So I think that will make the people well qualified to take up all the important posts,” the High Commissioner noted.

In pledging his country’s commitment to the state, he says “we are always happy to help Antigua and Barbuda. With the vaccines, India was the first responder to the whole region. We got close to a million vaccines in the region.

“Last year we were fortunate to see the completion of the hospital in Barbuda which India donated $1 million to a particular project and the post office $100 thousand which is now complete and functioning.”

Srinivasa says while India is happy to provide financial support to the country, training is India’s “strong point.”

India and Antigua and Barbuda have enjoyed very friendly relations since 1981.