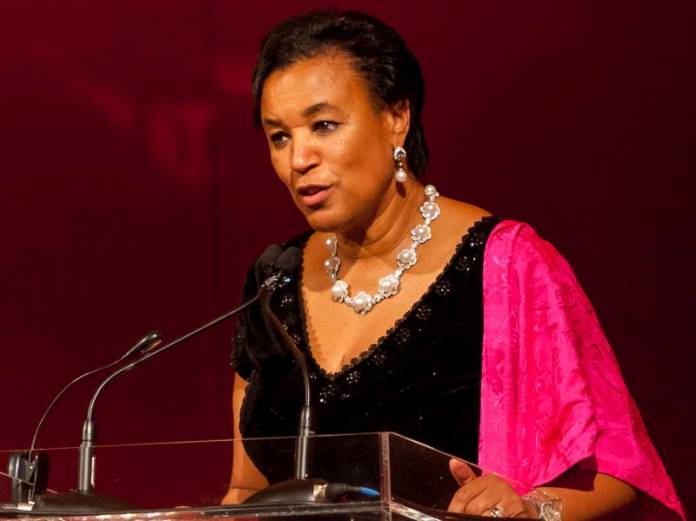 The Commonwealth Secretary-General, Patricia Scotland has arrived in Egypt for COP27 and used the opportunity to call on her countries to uphold global climate change commitments and take decisive action to tackle the gaps in implementation, ahead of next week’s United Nations Climate Change Conference (COP27).

The Secretary-General led a delegation to attend the world’s largest annual gathering of leaders around the issue of climate change, which takes place in Sharm El-Sheikh, Egypt from 6 to 18 November.

According to reports from her office, Secretary-General Scotland will use her time in Egypt to advocate for ramped-up climate action through more ambitious Nationally Determined Contributions (NDCs), national plans, and targets.

She will also seek to amplify the shared concerns of the 56 Commonwealth countries, including crucial issues around climate finance, sustainable energy transition, loss and damage, and partnerships and coordinated action.

“COP27 takes place in the midst of overlapping, interlinked, and accelerating global challenges. The lasting impacts of COVID-19 combine with the effects of conflict, including in Ukraine, to destabilize global economic, energy, and food systems.  Against this backdrop, the climate crisis has continued to worsen, and its profound impacts are being felt by families, communities, and countries across the Commonwealth,” she said.

“I understand the pressure world leaders are under, but I urge all decision-makers, advocates, and allies at COP27 to ensure the promises already made are delivered, and accelerate efforts to mitigate and adapt to the urgent threat of climate change. We must never lose sight of the crushing consequences of inaction, for the millions who face the dangers of climate change every day, and for generations to come. We need urgent action now,” she also added.

Thirty-two of the total 56 Commonwealth member countries are small states, including 25 small island developing states, while 14 are classified as least developed countries – among the poorest and most vulnerable in the world.

Commonwealth heads of government recognize that developing countries, least developed countries, and small island developing states are particularly at risk of their development gains being reversed by the impacts of climate change.

During their meeting in Kigali, Rwanda in June, they called on developed countries to deliver on their promise to jointly mobilise US$100 billion per year to support developing countries in coping with climate change, stressing the importance of transparency in implementing their pledges.

“We must build on the substantive progress made at the previous COP26 summit, and urgently translate these commitments into action. Limiting global warming to 1.5 degrees Celsius requires rapid, deep and sustained reductions in global greenhouse gas emissions, including reducing global carbon dioxide emissions by 45 percent by 2030. But to achieve this, developing countries will need enhanced support.”