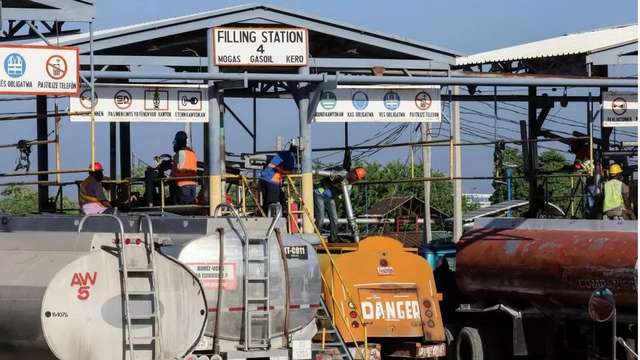 In what has been described as a major breakthrough in Haiti, security forces there said on Friday morning that they have taken control of a major fuel depot. That fuel depot has been held by criminal gangs for a long time now.

The terminal supplies most of the oil products in Haiti.

This now means that fuel distribution will resume from the Varreux terminal, in the rundown Cité Soleil area, at least not later than Monday.

Back in September, the gangs seized the port facility blocking the delivery of imported fuel and hampering efforts to distribute food and medicines.

It has been controlled and blockaded by a coalition of powerful gangs, known as G9, for more than a month.

The blockade has forced many businesses to close and according to reports, it “complicated the distribution of petrol and bottled drinking water, while a cholera outbreak has worsened by the week”.

All of this, coupled with other issues, has contributed to civil unrest across the country.

Because of the unrest and the issues brought on by the fuel shortage, Prime Minister Ariel Henry ended fuel subsidies on 11 September, which sent petrol and diesel prices skyrocketing.

The BBC reported that police launched an operation to take control of the fuel terminal on Wednesday and on Thursday, lawmen say they had succeeded in taking control of the facilities and were in the process of clearing the roads.

It is not clear if anyone died in the process but gunshots could be heard throughout the area.