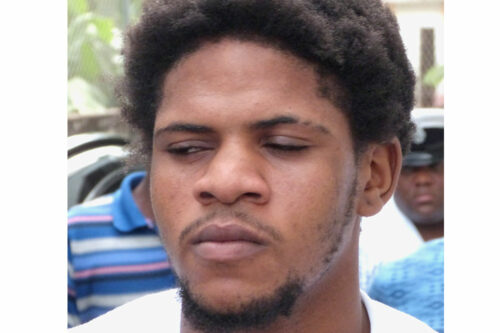 A 27-year-old man, who was convicted of burglary five years ago, and was charged with s series of offenses since to include armed robbery and kidnapping, died in a hail of bullets that left three other people injured in the Central Kingstown community.

He was one of two men who were shot at Redemption Sharpes on Saturday.

The other deceased Lorenzo “Scene” DeShong, who became the 36th homicide victim died at the Milton Cato Memorial Hospital where he was taken for medical attention.

According to police at approximately 2:35 p.m., officers responded to a shooting in Redemption Sharpes where on arrival Phillips and Deshong were found with multiple gunshot wounds to their bodies.

Phillips was pronounced dead at the scene.

“Investigations revealed that a group of men was congregated in front of a liquor and provision shop when a white jeep, registration number unknown, drove by and stopped in front of the shop. Approximately four men dressed in black with their faces covered with masks, exited the vehicle and fired gunshots at the group,” a police release stated.

In February 2018, Phillips, then 21, and Anthony Hope, 16, averted prison time for a burglary of the St. Hills Insurance Building and the men were handed four-year prison sentences suspended for 18 months.

Then, in November 2018, Phillips was charged with a September incident of attempting to rob a 65-year-old businessman, and in the process of doing so attempting to shoot him.

Earlier this year he escaped that attempted murder charge when the business man offered no evidence against him at the High Court trial.

In 2018 Phillips was also charged with armed robbery of a Samsung Galaxy cellular phone, valued $500 belonging to Antonio Baptiste, 22.

He was also charged with kidnapping Baptiste by using a vehicle to take Baptiste away, without his consent, following the alleged robbery.