Antigua and Barbuda and Belgium to forge forward with closer cooperation 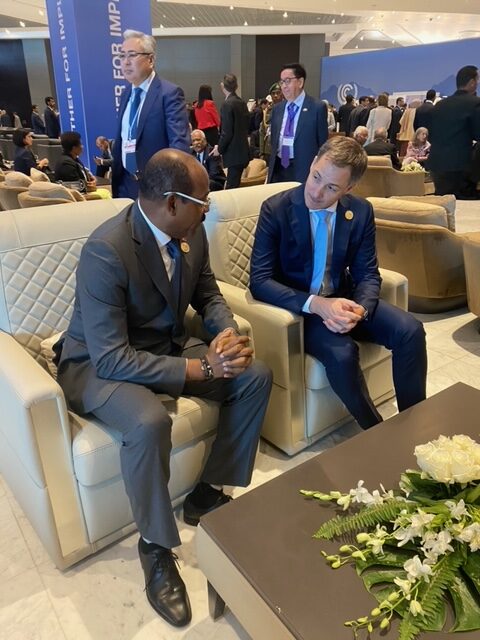 ​Prime Minister Gaston Browne and Prime Minister of Belgium, Alexander De Croo have agreed to foster a closer relationship between both countries in an effort to address the climate crises.

Both Prime Ministers held discussions on Monday on the margins of COP27 being held here in Egypt and attended by leaders from around the world.

During the discussions, Prime Minister Browne thanked the Belgium Prime Minister for his support in the past including financing for a SIDS high-level Meeting that was co-hosted by both countries and held in Antigua in 2019.

Both Prime Ministers pledged to work harder on loss and damage including Belgium’s recent announcement to provide funding.

In addition, Prime Minister Browne raised the issue of technical and financial support for the 4th UN international conference for SIDS that will be hosted in Antigua in 2024.

The Belgian Prime Minister indicated his country’s support is unwavering and remarked that Belgium would provide all the assistance necessary to ensure a successful conference. (Press Statement )