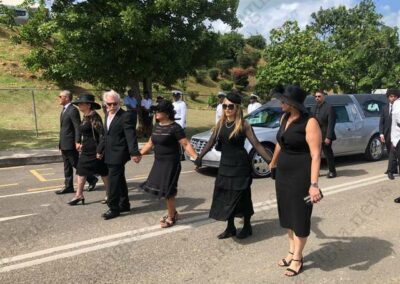 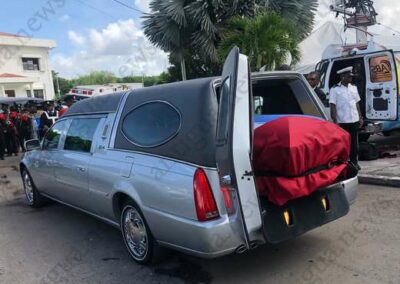 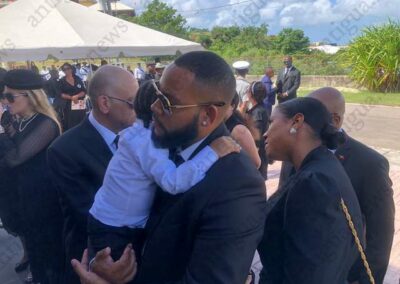 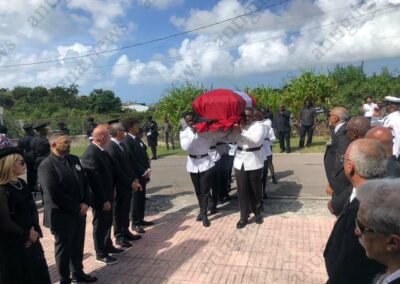 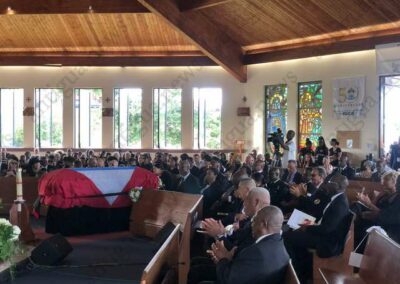 Dignitaries, parliamentarians, former ministers of government, members of the Opposition, family, friends, and well-wishers paid their final respects to one of the country’s valued and cherished ambassadors, Josette Michael.

In what can be described as a second to non-sendoff, Micheal was officially buried yesterday following a celebration service at the Holy Family Cathedral.

Her son, MP for St Peter Asot Michael went “all-out”, to ensure that the woman who was closest to his heart received the honor and respect that she rightly deserved.

“Perhaps it was this early experience in being a free thinker, and fending for ourselves that grounded her as a woman of God, who was morally compelled to support and identify with many charitable causes and charities themselves, often giving him or herself a time and putting our money where our heart was, she gave to all irrespective of their walk of life,” Micheal said.

He said his mother always had time for and was ready and willing to assist those less fortunate in life.

“Whether it was a meal, a garment, access to medical treatment, or educational opportunity. She helped in whatever way she could, and she did it without publicity. Her generosity simply knew no bounds,” he said.

Micheal recalled that his mother stood by and supported the political spending preferences of her husband and son even though she did not necessarily always think them appropriate.

He said even when his mother fell victim to the unfortunate twists and turns that marriage sometimes has to offer, she held fast to her vows.

“A family woman to the bone she honored and cared for her parents with unconditional love and unswerving commitment,” he said

The late Josette had a special love for her siblings, in-laws, and several people including the Governor General Sir Rodney Williams and several other well-respected people whom Micheal called by name.

“She also loved Prime Minister Gaston Browne a lot and she asked him before her death, she did ask him for a reunion,” he said.

“And of course, she was respected across the political divide, and always operated with deep love and respect for the land of a mother’s birth…And she made her life a mission to care, to help to guide to nurture, to enlighten, to inspire. She valued education and was very proud of the achievements of our children and grandchildren. And in her last year, she paid great attention to and she had many special moments with her grandchildren, and great-grandchild named after her husband, Patrick Michael,” he said.

Meanwhile, Gramps Morgan was flown in to pay tribute to the late ambassador. He sang his latest rendition “People like You,”.