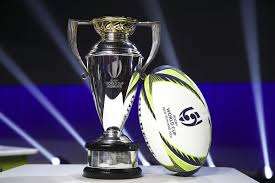 The women’s rugby world cup competition reaches its climax on Saturday 12 November, when hosts New Zealand battle it out with England at Eden Park, Auckland, for the right to lift the coveted trophy. The game gives the English the opportunity to break a frustrating run, having never beaten the Black Ferns in a World Cup final in four attempts.

This has to be their best chance as they come into the fixture sitting on top of the world rankings, as they have done for the past two years and on the back of winning streak that has seen them victorious in the last 30 tests, which is the longest run of success in international rugby’s history.

England favourites but the New Zealanders have psychological advantage

As a professional outfit for nearly three years longer than their hosts, the English are right at the top of their game and will enter the contest in a confident mood, and favourites, having defeated New Zealand in back-to-back games last Autumn. That said, England’s last loss was at the hands of the New Zealanders all the way back in July 2019, and the home nation are chasing their sixth success; also they have never lost a final.

Gold medallist looking for a repeat

The game is a sell-out, so a record attendance for a woman’s rugby match is guaranteed at the 40,000 plus capacity stadium. Charismatic Ruby Tui is the star of the show for New Zealand, having made a name for herself at the Tokyo Olympics, where she helped secure gold for the country in the sevens and with a vociferous crowd behind the team, they will fancy their chances of causing an upset.

Full-back’s injury is a blow

The Red Roses have scored a mightily impressive 239 points in five games on the way to this final, but had a real scare in the semi-final against Canada, and know they will have to be right at it if they are to stand a chance of walking away with the trophy. Star full-back Helena Rowland will be a major miss as she picked up a foot injury in that match and has not had sufficient time to recover.

However, with Holly Aitchison and Emily Scarratt forming England’s centre, there is certainly no shortage of flair in the side. Scarratt is undoubtedly one of the best known players in the women’s game and now has 100 caps to her name. She is eyeing up revenge having been in the side that lost to the New Zealanders in 2017. With the frustration of that defeat clearly driving her on, she said: “We always seem to beat them in the years in between the World Cups rather than the big one.”

They are certainly a side full of talent and the Black Ferns know they will need to be at their very best if they are to spring a surprise. Their Director of rugby Wayne Smith acknowledged the size of their task by paying his opponents the ultimate compliment when calling them probably “the best team of all time”.

Trio of talent to drive for victory

England will look towards the likes of Zoe Aldcroft who is the World Rugby Player of the Year; Aby Dow, the flying winger; and Sarah Hunter, their inspirational skipper, who became the most-capped women’s and England international when she made her 138th appearance in the quarter-final victory over Australia, to drive them on to that win they all crave.

England head coach Simon Middleton is taking nothing for granted as his side go in search of glory. “Ultimately we know what the biggest goal is; I have said if you want to go down as one of the greatest teams ever, we have to be successful here.” No doubt he will be putting that message across with a more passionate delivery on Saturday.

Hard work and then more of the same

As a typical Yorkshireman, he is a firm believer in hard work, and will definitely have his team well prepared. He led England to that 2017 final and it took him a long time to get over the 41-32 defeat against tomorrow’s opponents, as they secured their fifth World Cup title. He openly admits it played on his mind for nearly two years before he decided what exactly had gone wrong, and his answer was more hard work.

He works the women hard with some punishing training sessions, but he firmly believes: “If you really work hard, you will get what you want in the end.” He will have drilled into his players that great teams do not fear challenges, they embrace them, so he will expect his Red Roses to meet them head on in the final.

It is an almighty challenge, as his side are there to be shot at, and the law of averages prove that winning runs have to come to an end sometime, so the entire England set-up will be hoping they can stretch the impressive run by at least one more game.