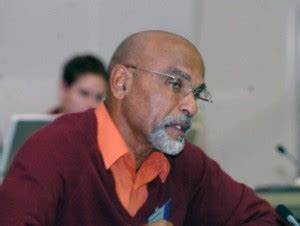 Starting next week Thursday, a coalition of oppositional political parties will put their boots on the ground in Roseau to demonstrate their disapproval with a decision by their Prime Minister Roosevelt Skerrit to call snap elections.

Civil society organizations are also supporting the move, which they said will be peaceful. They will use their voices to insist that electoral reform should be put in place before the December 6th election date and that the voters list should be cleaned up as well

Atherton Martin, a former agriculture minister an environmentalist has been staging weekly protest in Dominica against “corruption”. He is an integral part of the protest.

“I am suggesting if you are going to start this campaign, which we have agreed to start it must be a campaign to the finish. We must not stop until the desired outcome is obtained. The desired option comes in stages. If we can stop the nomination process that is stage one, if we can stop the actual election that is stage two. What is stage three, I leave it to your imagination that all I have to stay to that,” he told reporters,” he told a press conference.

Meanwhile the Concerned Citizens Movement of Dominica (CCM) is teaming up with the main opposition United Workers Party (UWP) and the Dominica Freedom Party (DFP) in urging citizens to boycott the elections until Sir Dennis Byron, the former president of the Caribbean Court of Justice (CCJ) completes his assignment as the sole commissioner advancing the efforts towards electoral reform.

Sir Byron had proposed presenting the first phase of his report by the end of November with the Parliament tabling the Register of Electors legislation in December and the plan to enact it in January 2023.

Sir Dennis had written to Prime Minister Roosevelt Skerrit, as well as the Opposition Leader, Lennox Linton, indicating that he was “working towards expediting the presentation of my Recommendations for the improvement of the Electoral Process in the Commonwealth of Dominica”.

In the November 6 letter, which was also sent to the leader of the United Workers Party (UWP)