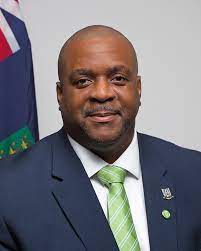 The British Virgin island’s former Premier Andrew Fahie and his co-accused former Managing Director of the BVI Ports Authority, Oleanvine Maynard are now charged with Interstate and Foreign Travel in Aid of Racketeering.

The charge was added in a superseding indictment filed on Wednesday and is in addition to the previous charges of conspiracy to import a controlled substance; conspiracy to engage in money laundering; and attempted money laundering an offence which carries a maximum penalty of five years in prison and a maximum fine of $250,000 upon conviction.

The racketeering charge states that the duo knowingly travelled in interstate and foreign commerce with the intent to promote, manage, establish, carry on, and facilitate the promotion, management, establishment and carrying on of an unlawful activity, involving narcotics or controlled substances, in violation of Title 21 of the United States Code, Section 963.

No additional charges were filed against their co-accused, Kadeem Maynard aka ‘Blacka’ the son of Oleanvine, who is currently incarcerated along with his mother

According to the new indictment, “the defendants shall forfeit to the United States any property constituting, or derived from, any proceeds obtained, directly or indirectly, as a result of such offence, and any property used, or intended to be used, in any manner or part, to commit, or to facilitate the commission of, such offence, pursuant to Title 21, United States Code, Section 853.”

Fahie who was arrested in April this year, was detained in Miami by US agents posing as cocaine traffickers from a Mexican drug cartel.

He allegedly agreed to a US $700,000 payment to allow traffickers to use BVI ports to transport the drugs, according to charges filed in the US.

In January 2021, Fahie had been the subject of an inquiry into allegations of misgovernment and corruption.