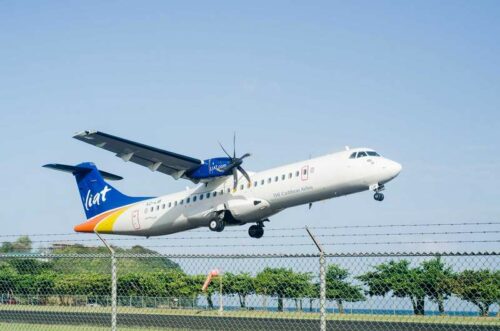 Prime Minister Gaston Browne says his government is willing to review the 50% cash component of the compassionate payment offer to ex-LIAT workers but it cannot pay 100% of the severance.

That offer has not been taken advantage of by these workers whose Union, whom the Antigua and Barbuda Workers Union has said need more clarity

But Browne said on Saturday that perhaps the government can look at paying off more than 50% but ex-workers must bear in mind that this is not obligatory but simply a kind gesture.

“We have our proposal on the table that was rejected, we haven’t heard from the unions up to now, they practically rejected it. We cannot go more than 50%. So, we are literally in a deadlock. So, if the staff can exercise some pressure on the union that you didn’t get him to move and accept the proposal then I am quite sure we can move. If they say, well, you know, increase the amount of cash that we are offering, we can look at that,” Browne said.

The ABWU has said that there needs to be more clarity about the compassionate payment offer before it can accept the gesture.

“I made the point at nauseam, we had 32% of the shares. So even if there was a liability, your liability would have been limited to 32%. So how can you then push us to pay 100%? And the reality is based on the law, we [the government] do not owe LIAT any severance payment. And these unions have been extremely irresponsible keeping the members in ignorance,” he said.

Browne says the unions continue to be unreasonable in their judgment relating to the LIAT matter, knowing that the government is not obligated to pay any former worker.

“Even if they came back and say, you’re offering 50%, we don’t want bonds, we don’t lands, we want 50% in cash. Okay, fine, we can negotiate from there. But when you’re telling us that we must pay 100%. I mean, somebody is mad. I mean, come on. And workers don’t have enough common sense they know that this is going nowhere. And that is another unreasonable demand and the government. So you’re gonna hold us responsible because we refuse to go any further with an unreasonable demand?  We have gone the extra mile, we have 30%, and we are giving you 50%, Browne added.

In the absence of reaching an amicable decision, Browne said he looking at another option going into the Christmas celebrations.

“I’m gonna consult. So maybe what we can do in the interim, is probably go into Christmas is to make a sizable cash payment as a partial settlement and see what happens,” he said.

Of the $2M offer made by the government, less than 20% of the staff collected their money.

Meanwhile, Browne says the government is looking to scale up operations in LIAT by sourcing a few new planes.

Browne said he is waiting for a report from the Caribbean Development Bank which will determine how many planes can be leased.

The airline is owned by the governments of Antigua & Barbuda, Barbados, Dominica and St Vincent and the Grenadines.