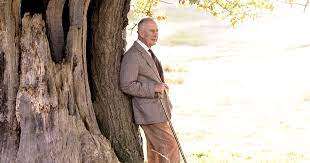 King Charles III turns 74 today (November 14) and the monarch is expected to mark the day privately with Camilla, Queen Consort; and deliberately there were no public engagements planned for him.

The sovereign had a busy day yesterday at the Remembrance Day service where he laid the first wreath at the Cenotaph, to honour the country’s fallen servicemen and women. Therefore, he will probably be thankful of some quieter time, for some reflection, no doubt feeling a tinge of sadness as this will be his first birthday without his beloved mother, Queen Elizabeth II, who passed away just two months ago, on 8 September.

Gun salute in his honour

Although there is no great fuss being made, and certainly nothing that he is scheduled to attend, the occasion will be marked by the Band of the Household Cavalry performing “Happy Birthday” during the Changing of the Guard ceremony at Buckingham Palace. Additionally, gun salutes will be fired across London in his honour for the first time, with the King’s Troop Royal Horse Artillery firing 41 volleys from midday at London’s Green Park. In the afternoon the Honourable Artillery Company will fire a 62-gun salute at the Tower of London.

These are historical acts dating back to 1827, when the Board of Ordnance ordered 41 guns was the correct Royal Salute when fired from one of the royal parks, or the Tower of London. The figure of 62 marks 41 for the Royal Salute from a London saluting station, and a further 21 from the City of London.

No decision announced yet regarding “second birthday”

No decision has been announced yet as to whether the King will follow the tradition of monarchs who have a birthday outside of the summer months, having a second separate “birthday” normally to tie in with the Trooping of the Colour parade in June. Of course this was exactly what Queen Elizabeth II did, as although her birthday was Aril 21, when there is some good weather around sometimes, it could not be guaranteed.

It is thought that the King will follow suit, albeit considerably scaled down, to follow his wish to lesson the pageantry of Royal occasions.

It was in actual fact King George II who introduced the idea of a second “birthday” for the monarch in 1748 as his, just like Charles’, fell in November, when the weather made public celebrations such as parades and parties much more difficult to arrange and attend. He was a great believer in all the pomp and was keen to throw public celebrations, so the idea was put to him to have a second “birthday” earlier in the year, when the nation could celebrate with him, an idea which he evidently fully supported.

Born at the Palace

King Charles III actually made history when he was born by Caesarean section on the evening of November, 14 1948, in the Buhl Room at Buckingham Palace. It was the very first time the Home Secretary had not attended a royal birth to verify the baby’s parentage. The Queen was just 22 at the time and was of course still Princess Elizabeth; she was reportedly in labour for 30 hours before the future King made his appearance in the room that had been converted into a miniature hospital.

As was the norm back then – not just in royal circles, but in society in general – his father, Prince Philip, was not present at the birth. Instead it was widely reported, he chose to play some squash whilst his wife did all the hard work. Charles became heir apparent at the tender age of three after his Grandfather King George VI died unexpectedly, leaving his mother to assume the role of Queen in 1952.

In 1998 to celebrate his 50th Birthday a gala was held in his honour at London’s Lyceum Theatre to raise money for the Prince’s Trust charity. However, this was only just over a year after the tragic death of Diana, and Charles was facing a public backlash for his relationship with Camilla, and due to this he went through a deeply unhappy period.

Light-hearted moment “spiced” things up for him

One bright spot of that evening for him though was an impromptu parody of Marilyn Monroe by Geri Halliwell, who had not long left the Spice Girls. She changed her hair from ginger to blonde and just as Marilyn had done for US President of the time John F Kennedy, back in 1962, Geri sang “Happy Birthday” in a breathless style, and blew the then Prince a kiss.

Recent birthday’s have been quieter affairs

At his 70th Birthday celebrations, he attended a tea party at St James’ Palace with 70 inspirational people celebrating on the same day. Last year on the day of his birthday, Clarence House issued a new portrait of him sitting alone, but smiling on a bench at Highgrove House. He had not long since lost his father and it was becoming increasingly clear that his mother’s health was failing too.

As that birthday fell on the annual Remembrance Day Service, he didn’t have much time, or inclination probably, for celebrating. This year hopefully he will be able to find some space amongst his duties to enjoy the day.

Falkland Islanders celebrating with the King

Potentially next year for his 75th he could potentially have two birthdays to celebrate, but one of his overseas territories were not hanging around to find out whether that will be the case. The Falkland Islands Executive Council unanimously approved the appointment of the 14th of November as a Public Holiday.

This will replace the public holiday previously held on 21 April every year in celebration of the actual birthday of Her Majesty Queen Elizabeth II. Obviously with that date already passed, it means that for this year at least, the citizens there will have an additional day off, and as they are fiercely loyal to the crown, they will no doubt be toasting not only King Charles III, but also raising a glass to the late Queen Elizabeth II too.