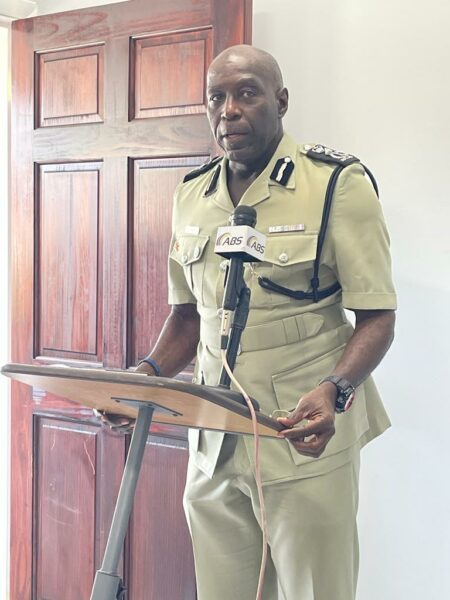 Antigua and Barbuda’s Police Commissioner Atlee Rodney has told his homeland Dominica, that in order for there to be a reduction in crime, greater involvement from the people is paramount.

Rodney was speaking to online news outlet Dominica News Online recently after the 16th homicide was recorded on the Nature Isle.

He spoke about community policing saying it is an essential collaboration that identifies and solves community problems because according to Rodney, the police should not be the sole guardians of law and order.

“I think one of the things the police must do is work along with the public. The information about those homicides is within the community and we just have to build a stronger bond with the community and continue to educate our people on how to deal with conflict because there is too much violence as a result of minor conflicts,” he stated.

Rodney said the high rates of homicide in islands like Dominica is disturbing.

“In a country such as Dominica 10 and 15 homicides is very disturbing, but the community [has] to step forward and say enough is enough because they know where the guns are and who is committing the crimes and they must step forward to share the information with law enforcement.”

But Dominica is not the only country with issues like these according to Rodney, who claimed that member states of the OECS are struggling as well.

“The prevalence of firearms in our small member state is a challenge. There are too many illegal guns around us and too many gun-related offenses which are now causing an increase in our homicide rates which is disturbing to us. We are just hoping that as Caribbean people we will start to see the value of tranquility and defusing conflicts without violence and that is something I promote not just for Antigua and Barbuda but the whole OECS member state,” he said.

He said the unavailability and lack of certain vital crime-fighting resources are lacking in OECS countries.

“We do not have access to enough of the technology that is available,” he noted. “The other challenges that government departments face in terms of the demand shortage, we also within the various police force in the OECS suffer the same thing. But because we have a strong unity among ourselves, as part of the RSS, we work together, we train together and we support each other when there is a crisis in another country,” Rodney added.