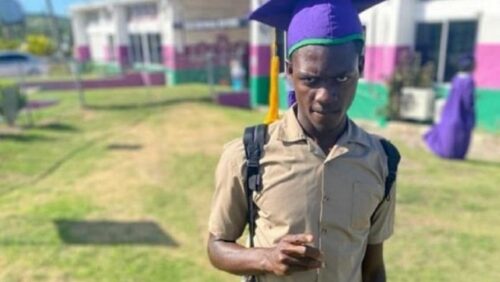 The juvenile who fatally stabbed his schoolmate 16 year old Khamal Hall at the William Knibb Memorial High earlier this year over a guard ring, pleaded guilty to the lesser charge of manslaughter when he appeared in court last week.

Upon his guilty plea, his bail has been revoked and he has been remanded until December 1.

The report states that on March 21, the two teens were involved in a fight during lunch break at the school over the ring.

During the incident, Hall, received several stab wounds after a knife was reportedly used in the fight.

He was transported to the Falmouth Hospital where he subsequently died while receiving treatment.