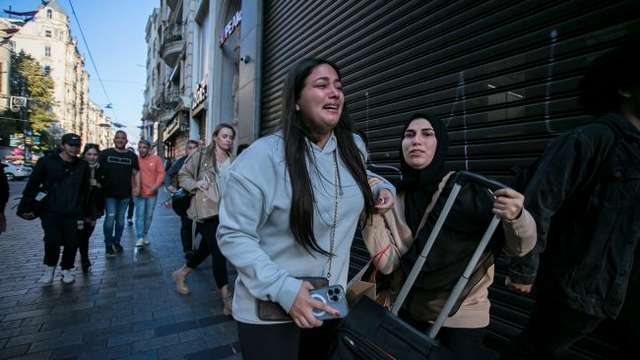 The conflict in Ukraine could be a few hours away from escalating into a multi-national war following the landing of a Russian-made missile in Poland, a NATO country. The incident occurred in the Polish village of Przewodow, which is at the Ukrainian border, on Tuesday night, killing at least two Polish citizens.

Spokesperson of the Polish Foreign Ministry, Lukasz Jasina, said: “At 15:40 (local time) in the village of Przewodów in the Hrubieszów poviat in the Lubelskie Voivodship, a Russian-made missile fell, killing two citizens of the Republic of Poland.”

Although the foreign ministry’s statement does not elaborate on the direction the missile came from, Jasina said the Russian ambassador to Poland had been summoned to explain what many believe could be a turning point to the war in Ukraine.

Soon after the missile incident, Russia quickly denied knowing what happened in Poland. Russia’s ministry of defence, in its statement, said the accusations against Russia were deliberate attempts to escalate the 9-month war.

“No strikes were made against targets near the Ukrainian-Polish state border by Russian weaponry. The photographs of the wreckage published by the Polish media from the scene of the incident have nothing to do with Russian weapons,” the Russian defence ministry said on Tuesday.

Although Russia’s denial could be correct, the missile attacks on several Ukrainian cities on Tuesday have made it more difficult to believe its non-involvement in the strike.

The Polish government has convened an emergency cabinet meeting to discuss what could be an attack on the country. Poland is also considering invoking article 4 of NATO, which gives it the right to consult with member states before reaching a decision.

An attack on one is an attack on all. That is NATO’s belief, and the 30-nation alliance is expected to decide on the next step in a few hours. Most of the leaders, currently in Bali, Indonesia, for the G20 Summit, have convened an emergency meeting to discuss the situation in Poland.

US president Joe Biden, at the meeting, said it was unlikely that Russia fired the missile and that further investigation would reveal what truly happened.

“We agreed to support Poland’s investigation into the explosion … And I’m going to make sure we figure out exactly what happened,” Jo Biden stated. “Then we’re going to collectively determine our next step as we investigate and proceed. There was total unanimity among the folks at the table.”

Prime minister of Australia, Anthony Albanese, who was at the meeting in Bali, condemned Russia’s attack on Ukraine and offered his condolence to Poland over the loss of two citizens.

“Russia’s missile attacks on Ukraine overnight are deeply concerning. I also send my condolences to Poland on the loss of life from the explosion. We support a full investigation and will closely consult partners to consider any appropriate next steps,” Anthony Albanese said.

What are the possibilities?

Russia could be behind the attack

The first suspect in the missile strike is Russia. On Wednesday, Ukraine experienced one of the heaviest missile strikes since the war began in February. With the missile landing somewhere around the border between Ukraine and Poland, there is a possibility that Russia might have miscalculated its strike. What is unlikely is that Russia deliberately attacked Poland, as the Kremlin does not appear prepared for a full-blown escalation. If it was a deliberate attack, many argue that Moscow would have sent a second and third missile by now.

What if it is Ukraine?

While it is unlikely that Ukraine would attack one of the countries supporting it in the ongoing war, it is not impossible for Kyiv to do such. Russia is not the only one using its missiles in the ongoing war. In the past, Ukraine has used Russian-made missiles to fight the Russians. Could Ukraine be behind Tuesday’s incident? Investigations would tell.

If Ukraine was behind the attack, what could be the reason for such? The most likely possibility is that it is an accident. However, the other unlikely reason is that Kyiv might be trying to provoke NATO into joining the conflict directly, as the bloc has vowed to defend its territories should Russia attack an inch of any member state.

Since several missiles hit Ukraine on Tuesday, and the Ukrainian air defence system, now fortified by the West, it is also possible that the defence system might have knocked one of the Russian missiles off, sending it to cross its border to Poland. If that is the case, it is unlikely that NATO would take further action.

NATO has always prepared for a day like this. In a meeting held by the bloc in Madrid as early as June, the 30-nation alliance said it would defend every inch of NATO’s territory. For now, NATO’s next move depends on the outcome of the investigation by the Polish government. Should the strike be confirmed to be deliberately from Russia, the world might just sit back and watch a full-blown war between the world’s most powerful nations. But if it is confirmed to be an error, NATO might not react militarily.