Cruise passenger dies on board Voyager of the Seas 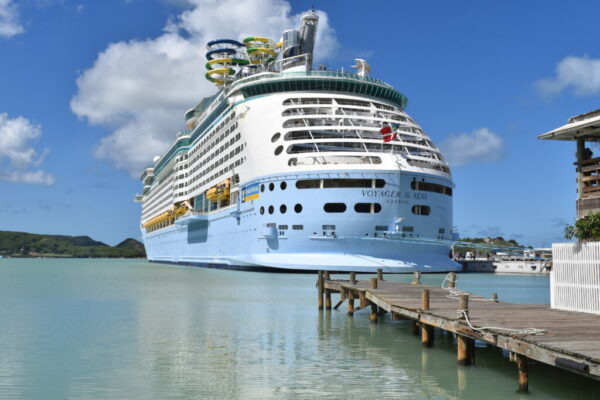 ​Twenty-year-old Puerto Rican women on board the Voyager of the Sea cruise liner died on Wednesday, the same day that the cruise liner made its inaugural call to the island.

According to reports, Maria Carrasquillo died while the vessel was in international waters.

Officers reported that when they arrived on the board, which was docked at Heritage Quay, they met the body of the late Carrasquillo lying supine in a morgue.

She was dressed in a blue hospital gown with an IV and a Laringal mask still attached.

The body was examined and no signs of physical violence were observed.

Jadiel Santaliz of Puerto Rico, the boyfriend of the deceased was interviewed and he stated that his girlfriend suffered from Asthma and an unknown heart complication but was on medication for neither.

He further stated that they were both in their cabin while she was removing her make up so he went to sleep.

He then reportedly heard a loud noise so he woke up and discovered her unresponsive on the cabin floor.

As a result, he went to seek medical assistance.

Dr. Rosas, a doctor aboard, was interviewed and he stated that upon his arrival to the cabin, he met two guests who were medical professionals conducting CPR, he then took over same and after 9 minutes, a pulse was regained, and she was then transported to the medical bay of the vessel during which time she suffered cardiac arrest again so CPR was commenced.

A pulse was regained one more time after which she suffered a final cardiac arrest and was pronounced dead at 01:28hrs. on 16-11-22.

The room was examined and no signs of foul play were observed.

Just last week, an employee of another cruise ship that docked in Antigua was been found dead in his room.

The 61-year-old British national, employed as an entertainer, was discovered by room service attendants onboard the vessel.