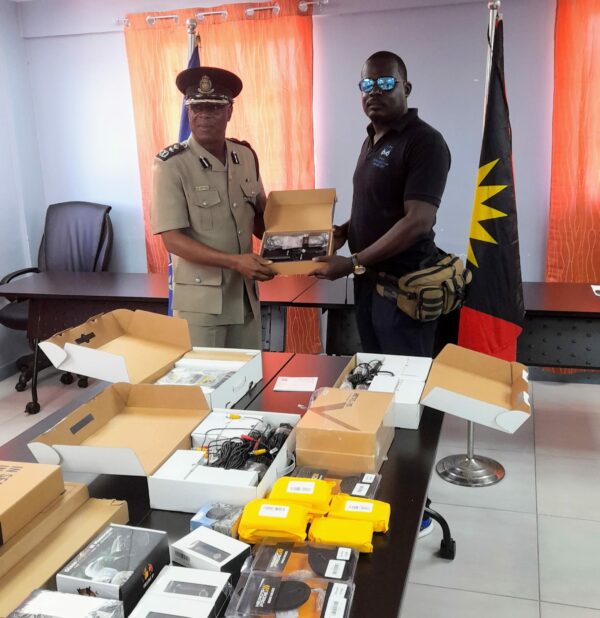 The Royal Police Force of Antigua and Barbuda on Thursday received several pieces of crime-fighting equipment from a company based in the United States.

A representative of Francis Criminologist’s Law was on island and made the presentation to the police force.

During the brief ceremony, Mr. Everson Francis expressed his delight in making a contribution to the police force in helping to fight crime.

The items include Desktop and Laptop Computers, Body Cameras, Projectors, Police Radios and other accessories.

Deputy Commissioner Everton Jeffers accepted the items on behalf of the Police Force. He said they are much-needed items that came at an opportune time for the police and will be put to immediate use.

He further expressed gratitude to Mr. Francis and his company for partnering with the police and is looking forward to continuing this working relationship.

Mr. Francis is originally from the Village of Bolans and last attended the Jennings Secondary school before migrating to the United States.