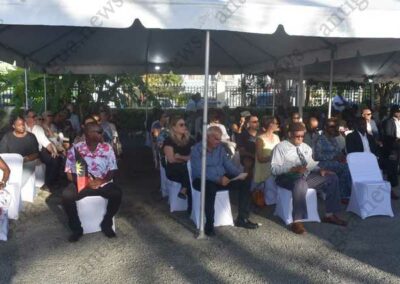 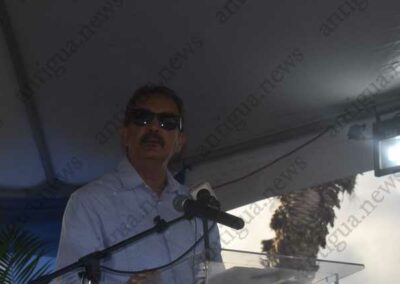 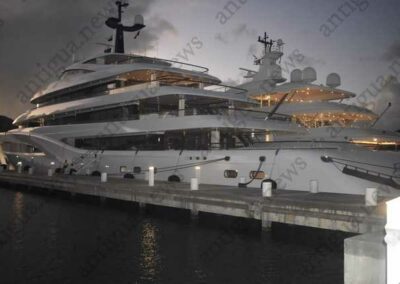 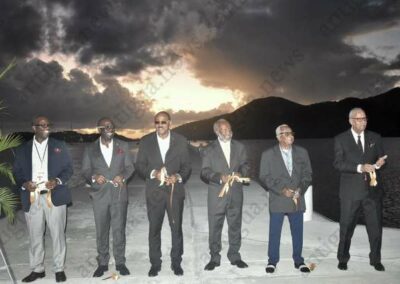 The Falmouth Habour Marina opened its superyacht dock on Thursday night, a historic move for the country.

Antigua and Barbuda is now the only country in the Eastern Caribbean with such a facility.

The new dock is now capable of welcoming two vessels that are a maximum of 400 feet.

According to him, with the concessions provided by the government of Antigua and Barbuda, the total investment in the expansion of the marina exceeds EC$8 million.

Browne says in this time of global upheaval, the significant achievements of the shareholders, directors, management, and staff of Falmouth Harbour Marina were worthy of recognition and praise.

“I believe that this group…should be commended heavily. This is a group that commenced operations back in 1994, so…this group…has been trading successfully for 28 years. There are not many local businesses that have survived for 28 years and I, therefore, take the opportunity to extend on behalf of the government and people of Antigua and Barbuda our sincerest congratulations to the shareholders, directors, management, and staff of the Antigua Investment Group, trading as Falmouth Harbour Marina for sustaining this business over 28 years but at the same time to commend them for the realignments that have taken place during the last approximately three decades,” he said.

“I’m struggling to determine if we have any such group in my generation that has gotten members to pool their resources to do any significant investment anything close to what we’re celebrating here today. I think it is an indictment on my generation because previous generations did not have the type of wealth that the current generation has, but perhaps they had their priorities right,” he added

Saying, “they were not focused on consumption; they were focused on investments and saving and that is perhaps why they are more successful than my generation in investing. As a small society with very limited human capital and financial resources, we have had to rely significantly on foreign direct investments,”

Browne said, there is nothing fundamentally wrong with foreign direct investment.

“We cannot robustly grow the country’s economy without foreign direct investment. But we need a corresponding amount of local direct investments…and if we don’t then it means that the ownership of businesses in this country will be foreign-owned. It also means too, that the majority of the profits generated will be repatriated to other countries instead of being reinvested in our economy to fuel robust growth and development,” he added

Meanwhile, Fernandez pledged to ramp up marketing for the yachting sector.  He stated that it is a proven fact that yachties spend more per person than either air or cruise visitors.

He also committed to closer collaboration with the yachting industry stakeholders.

He contends that yachting is one of the three pillars of Antigua & Barbuda’s Tourism Product. The other two are Air and Cruise