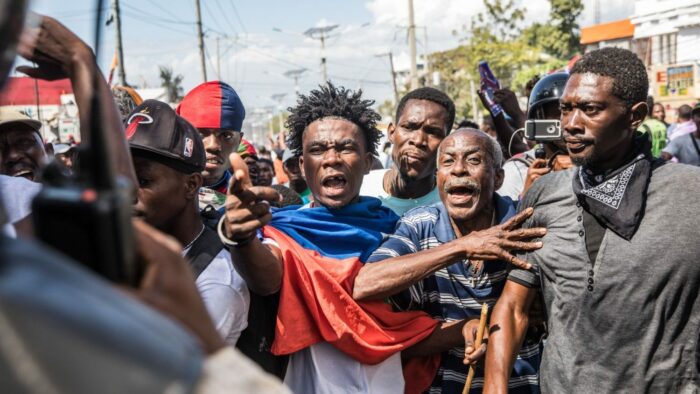 A Canadian man has been accused of trying to overthrow the Haitian government, according to Canada’s federal police.

The man has been identified as Gerald Nicolas, 51 of Quebec.

President Moise was killed in July 2021 by gunmen who stormed his home in Port-au-Prince but lawmen say the charges against Mr. Nicolas are not related to the assassination.

It is alleged that he traveled to Haiti on an undisclosed date to coordinate a group of individuals who planned a coup to bring down Moise’s government.

Lawmen said in a press statement that the investigation, which began in July 2021, revealed that Nicolas planned to stage an armed revolution in Haiti and ultimately seize power

He is alleged to have visited “multiple countries in order to recruit, finance, and also acquire weapons but was unable to procure the weapons he was seeking.”.

He did not say what countries were visited, only that there were “multiple in the Caribbean and South America”.

Under Canada’s Criminal Code, Nicolas could face up to 14 years in jail for each charge if convicted but he had denied the charges. He said he was set up by jilted girlfriend, and argued that the prosecutors are motivated by race.

Nicolas is expected to appear in a Quebec court on 1 December.

President Moise was shot dead on 7 July 2021. His widow, Martine Moise, the former first lady, was also shot but survived.